I've been BIOBLITZING! this weekend, this involved counting as many species of wildlife in 24 hours, plants, mammals, birds, moths....you name it, it got counted....even lichens!

I was tasked with doing a 'big sit' on the Heugh, counting as many species as I could see from there. To be honest it was mainly birds as others were doing the whin grassland plants up there. 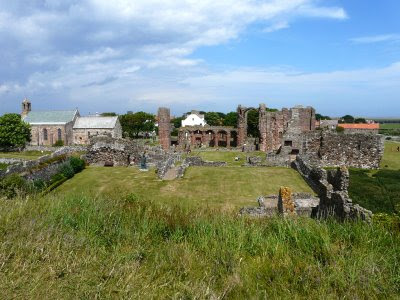 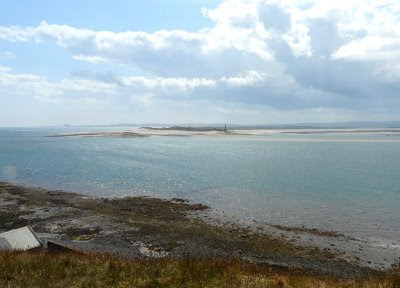 There are worse places to spend the weekend
Now as many of you will know June is not the best time to be birding on Holy Island, so the collective species count was only 70 with nothing startling, a few little terns and a fly-over greenshank were noteworthy.
What was interesting was the huge moulting flock of drake eiders out on Guile Point, I estimated 480, though there have been more, it was a bit like the boys club, you could imagine them talking bollocks, maybe boasting about which duck they'd shagged that year and football and stuff.
The moth-ers did better than the birders, counting about 100 species all in all. I have to admit, I've never really gotten into moths, but I think I could. It was just my type of mothing though, sat on the lawn, nice glass of cabernet-sauvignon in hand, watching bright and colourful moths landing on the white sheet, attracted by the bright light bulb....nee bother, I could manage that.
Here are some of the more interesting ones caught. 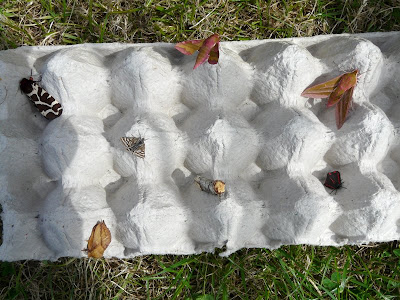 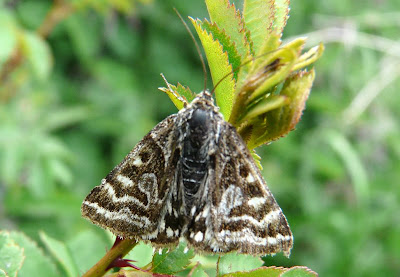 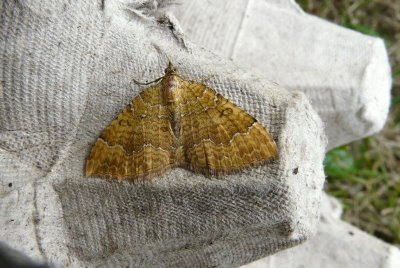 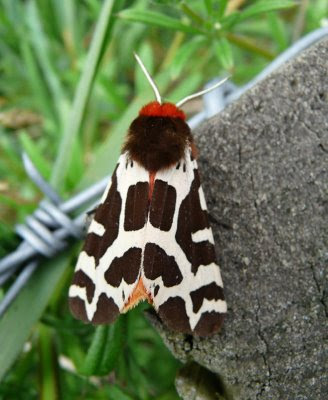 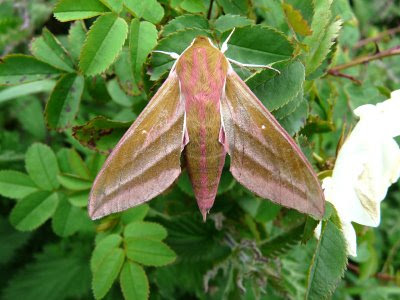 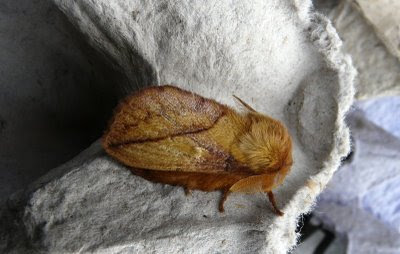 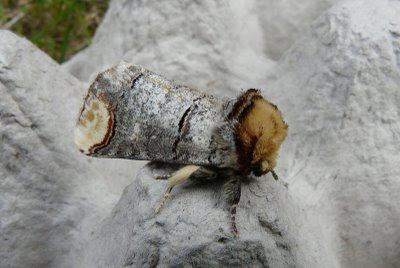 buff tip - looks like a birch twig
We had a quick visit to Druridge tonight, there were lots of juvs about - two types, firstly birds including mistle thrush, great tit, linnet, stonechat, magpie and carrion crow, and the second type, kids off to party on the beach - I suspect there may be a rave tonight, judging by the number of kids arriving in clamped-out motors...more on that tomorrow!
Posted by Ipin at 21:36

I'm a bit wasted.... just read your post and thought that said "tasked with doing a big shit" !!

did one of them too, nearly blocked the bog in the B&B!

love those moth pics, brilliant thanks for showing them. Im trying to take butterflies but they keep flying off.

It's a while since I have seen Buff tip. They used to cling to the side of the railway lines at Felton lane.

All just sitting there like a crowd of depressives in black and white...

There was a Yellow Shell flying around mid-afternoon at Druridge on Saturday. Not sure it would have survived that torrential downpour though.