There was an incredibly quick change in the weather tonight, it had been hot and sunny with a light easterly, all day and still was when I arrived at Druridge at 6pm. I went for a look on the sea and could see a bank of cloud offshore, within 20 minutes it came over Druridge and then you could see the front edge moving inland, by the time I left at 8.20pm the sky was completely clouded over as far west as I could see. 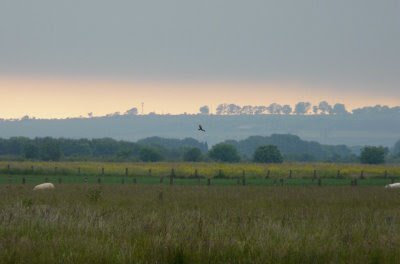 The sunshine rapidly disappearing -spot the marsh harrier?
A couple of disappointments tonight, firstly, I checked the grey partridge nest (remember the one with 12 eggs?), well they were all broken, there is no way they could have hatched and left the nest, so I am assuming predation. I am no eggspert (groan) but the don't look like they've hatched naturally, more like they've been broken by something, any thoughts? 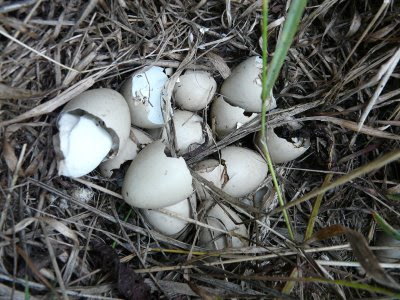 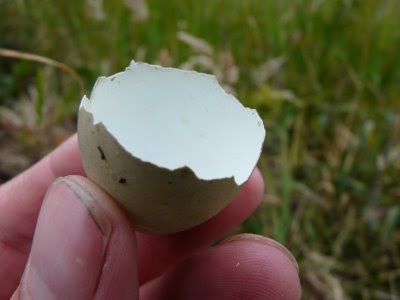 The second disappointment was a female sparrowhawk nabbing one of the lapwing chicks. I was alerted to this by all of the lapwings up in the air after something, then spotted the sprawk making off a with yougun. pursued to the wood by at least 12 lapwings, all calling.
The semi-colonial nesting of lapwings is a defence against predators, but not this one. I later saw both male and female sprawks out by the pool.
Offshore there was a harbour porpoise and 2 roseys.
Posted by Ipin at 22:57

Shame about the Partridge eggs. no idea what wood have done it though.