Regular followers of this blog may have noticed a lack of news from the pools lately? Well, I've just come back from a fantastic 16 day trip to northern India and the Himalayan foothills, photo's and tails from the trip will follow later, but here is one to wet your appetites... 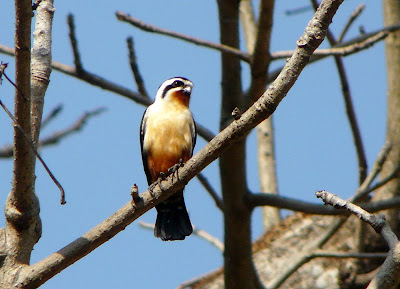 To try and recover from two weeks of eating curry and rice we went to to Amble to get Fish and Chips this afternoon.

Someone sent me this and it made me laugh, hope it makes you laugh too. No birding this weekend, work yesterday and it's too windy today.
Posted by Ipin at 14:57 1 comment:

We went to smoggy-land to to twitch the glaucous winged gull today - we didn't see it.... I hate twitching!

We did the birdrace yesterday and as usual we didn't do too well, but we didn't embarrass ourselves, I think we were 5th out of 7 teams with 101 as our total. We missed some easy stuff including shoveler, red grouse and reed bunting, we also dipped the Hauxley white-fronts and bean goose and just got pink-footed goose, our last bird of the day! We did see some good birds including marsh tit, kingfisher, ruff and dipper.

The winners with 113 (I think) was 'The Casuals' (Muriel and Tom Cadwallender, John Richardson and Neil Anderson) - well done to them! We helped them celebrate their win with some food and wine afterwards.

All in all, a good day, I do enjoy the winter bird race, it's quite a sociable event, with teams meeting during the day and at the end in the pub to declare their totals. If you've never done a winter bird race - give it a go.....it's far better than twitching!
Posted by Ipin at 18:02 4 comments:

It's the end of the 2nd of Jan and I've still not been to Druridge.

We did get out west to do Janet's atlas tetrads before the end of the year, thye are two together near Raylees. It is the wild west out there alright, not much bird-wise though, a few small groups of fieldfares were all of note. 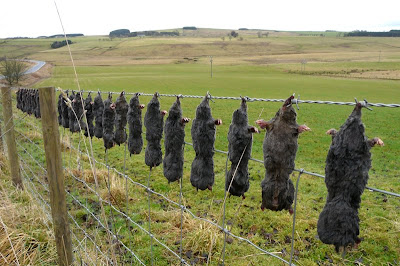 We did come across this gruesome sight by the A68, A line of dead mowdies...Mowdy is an old Northumberland (and Cumberland I think) term for moles and their molehills are called mowdy hawkins...not sure what the man who got these poor critters would be called, the mowdyman maybe?

The method of hanging the dead on the fence goes back along way, there was no way the mowdyman could show his boss how good a job he was doing, so he would hang the carcasses on the fence, you rarely see it nowadays. Seemingly one moleman in Catton in the South Tyne had a line of 478 dead moles strung on a fence that he had caught at one farm.

After we did the tetrads, I took these pics at Janet's feeders.. 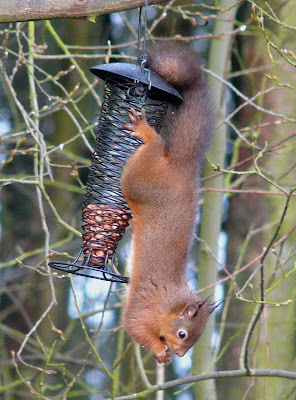 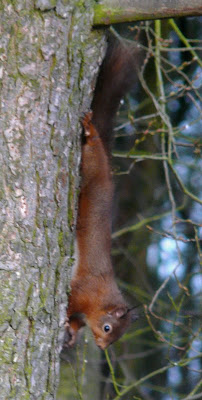 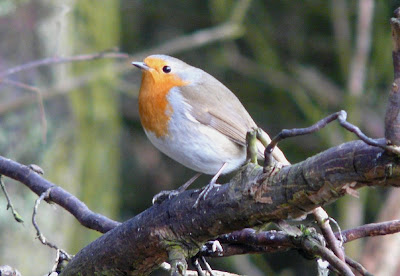 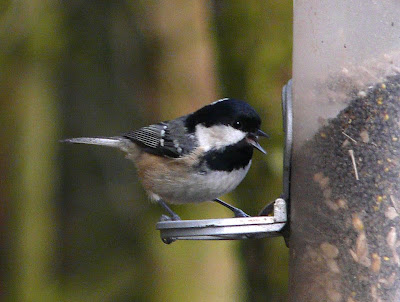 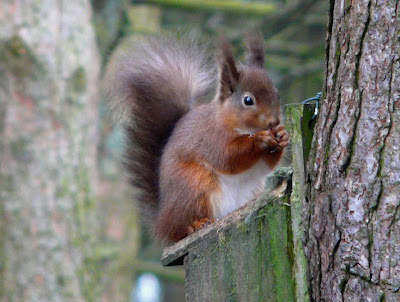 Tomorrow is bird race day, our team had done bugger all preperation, but it shouldn't matter cos we are always last even when we do prepare.
Posted by Ipin at 20:07 2 comments: