End of another year

Well, I'll not make it back to the patch again this year, so it's time to reflect on a very average 2018 at Druridge.

On the birding front it's been relatively quiet year after an amazing 2017 which saw no fewer than eight new species added to the patch list, no new species were added in 2018 - the first year that's ever happened.

A half decent seawatch which added red-necked grebe, little auk and grey plover to the list made up for an otherwise uneventful autumn. With no easterlies until late November, there were no falls of migrants to speak of and very little passage which meant more common passage migrants like redstart, pied and spotted flycatcher and whinchat weren't recorded.

Other passerine species missing from the 2018 list include yellowhammer, bullfinch, greenfinch, snow bunting, and tree pipit (usually seen on viz mig). It was quite a good year for waders with only temminck's stint and jack snipe missing from the likely candidate list.

We've ringed less birds than any previous year this year as well. The 'beast from the east' storm in April did for many of the resident passerines, completely wiping out wrens with no pairs recorded this year. We had very few chances to ring in the autumn because of the weather. We did manage to ring some storm petrels on the beach and had the nice surprise of a Leach's petrel too.

The winter has been unseasonably mild again, with temperatures in the mid-teens on some days. This has meant species usually associated with cold weather haven't been recorded, like yellowhammer and red-legged partridge.

It'll be late January before I'm back on the patch so Happy New Year to you all and thanks for reading.

Here's some photos from the last few days of the year.

I've bit a bit of an absentee from the patch recently. With birding limited to weekends and weekends taken up with football and chores it doesn't leave any time for birding. That alongside a knackered computer has meant little activitiy on the blog I'm afraid.

In late November I spent a bit of time in the dunes north of the 'Druridge bushes' which themselves are looking more like twigs after the cattle destroyed them last March. These dunes are part of the farm and are used for over-wintering cattle and as such, are full of all sorts of seed-baring plants which I must try to identify when they are in flower next year ( I recognise mugwort and burdock). The patch boundary is the northern end of the first fenced and farmed dune. Technically these are 'Chibburn Links' rather than 'Druridge Links'.

One of these plants has a small, hard, round seed and the finches, reed buntings and tree sparrows love them - I had flocks of 50+ twite, 100 goldfinch, 40+ reed bunting, 50+ chaffinch and 50+ tree sparrows and a handful of linnet. 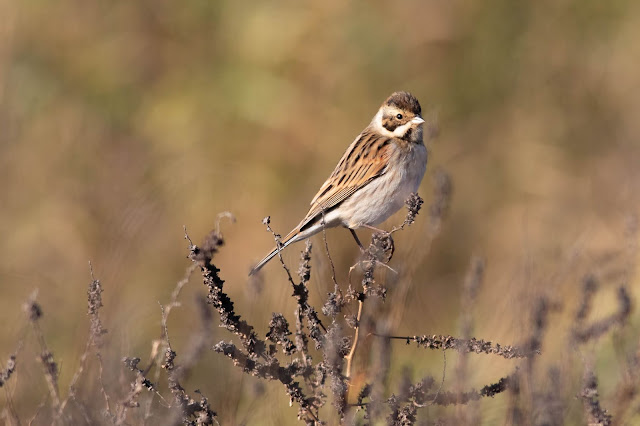 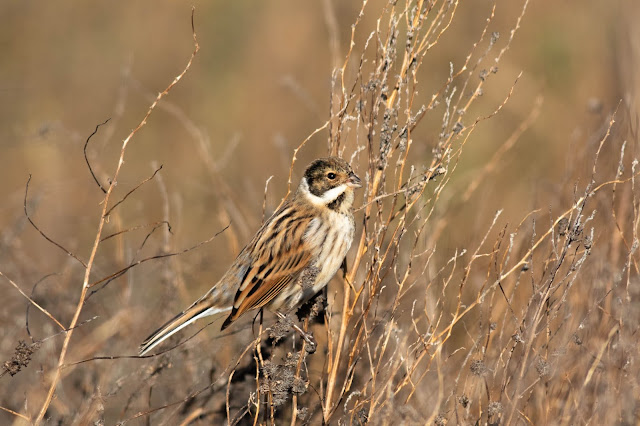 As well as the finches, buntings and tree sparrows, these dunes have attracted a lot of grey partridges - My top count was 54 in three coveys with a single covey numbering 28! There is something like in there. I still haven't seen a red-leg this year though...


The only time I've been back on the patch since was last weekend when a White-billed Diver had been reported just off from the Dunbar Burn - being a full patch tick for me, I was there as soon as it was reported but had no luck. It was reproted again after we left but not by anyone that I know.

We did see a single drake velvet scoter, a dozen red-throated divers and a fly-by adult med gull.