Well, hardly any birds....Today first visit was mostly spent looking at anything other than birds.
We started at the Budge screen this morning, where this mole entertained us for about 20 minutes, even scurrying under the floor of the hide, some video will be posted tomorrow night. 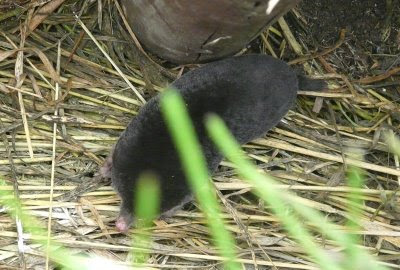 We then went to the other hides, stopping at the huge viper's bugloss on the way which was alive with bees, moths, butterfly's and various other random insects - here are a few: 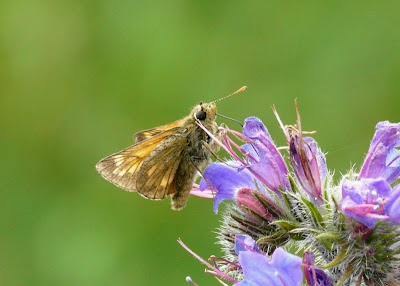 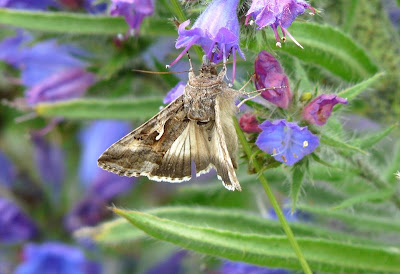 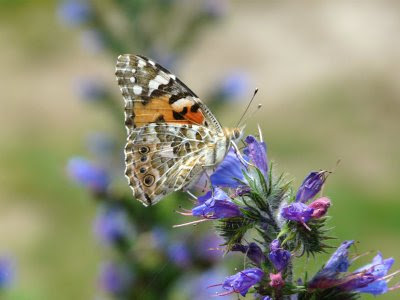 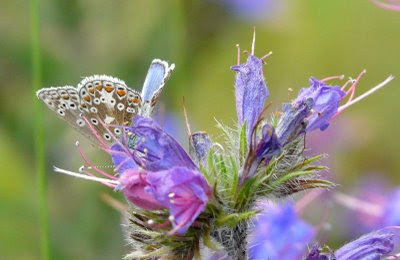 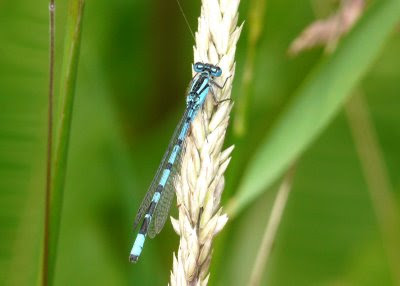 From the Oddie hide the three otter cubs where playing along the back of the big pool and from the little hide we saw that the lapwing pair had hatched three young.
So when the clouds rolled in of the North Sea and it got a bit misty, we went back to Druridge to catch and ring the chicks, they were tiny but it wasn't an easy job. Lapwing chicks crouch down when approached, they are incredibly well camouflaged, so much, you can't even see them at your feet!
Using stealth tactics of me in the hide keeping an eye on them, Janet went off to catch them. We managed to catch and ring all three, hopefully they will make it to adulthood unlike Thursday's sparrowhawk victim. 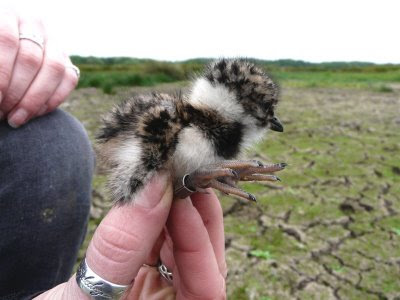 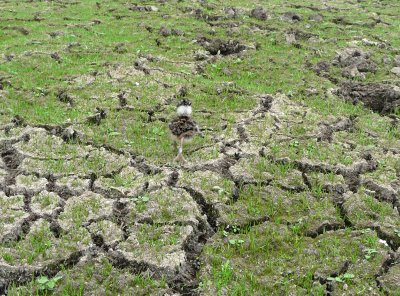