Last weekend brought the first proper spring arrival to the patch - lesser black-backed gull, this was followed by a chiffchaff singing in the bushes by the entrance yesterday. A meadow pipit displaying on the dunes was my first of the year! A good walk around the patch failed to produce any more migrants.
Visiting birders reported a common sandpiper on the Budge fields. As I was out for a good walk, I had no scope with me and failed to find it. The Budge is looking good mind and as it starts to dry out will look even better - as long as the cows arrives in good time.

I counted at least 24 black-tailed godwit and there were still plenty of curlew, snipe and redshank with plenty of lapwing display going on too.

This grey heron was finding food in the ditch. 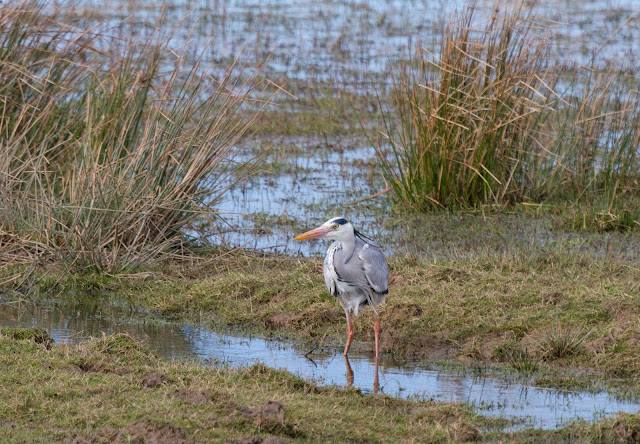 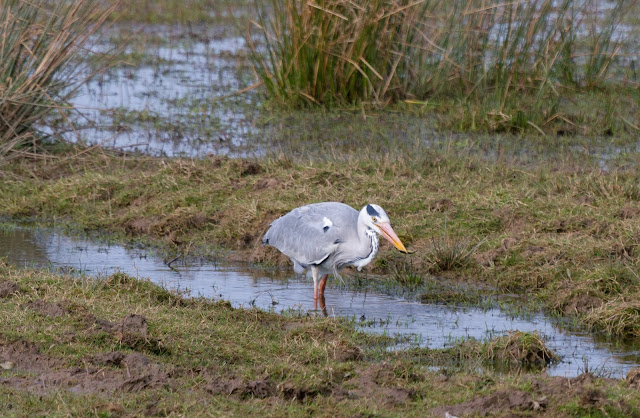 On the big pool, there were still two great-crested grebes and a couple of goldeneye. In the field to the north there were 31 whooper swans - there has been a huge movement of whoopers through the county this week as they head north to the breeding grounds.

In the dunes to the north, a mixed flock of finches held at least six twite - they were looking good as they get into breeding nick.

I walked back to the car along the beach, hoping for a snow bunting. Despite big numbers of dog walkers, I have found snow bunts to be quite tolerant of people - there wasn't any sign today - probably all at Chevington eating the seed put down for the shorelarks.

A harbour porpoise was breaching just beyond the breakers and this red-throated diver was close in.