A day of two halves

Today was a day of two very different halves

But before any of that, yesterday I went to Holy Island with work, there were stacks of thrushes, mainly blackbirds, all over the island with good numbers of redwing, fieldfare and song thrush too. I saw nothing rare but it was nice to witness a big fall of thrushes, there were a few woodcocks on the island, one of which seemed to be doing circuits of the village.

This morning, Janet and I put some nets up at Druridge, we only had half the nets up, only at the north end. We chose to net the north end because that is best for thrushes and as there were so many of them on HI yesterday... 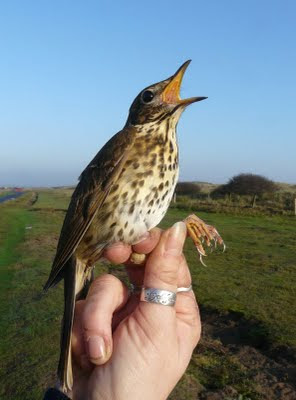 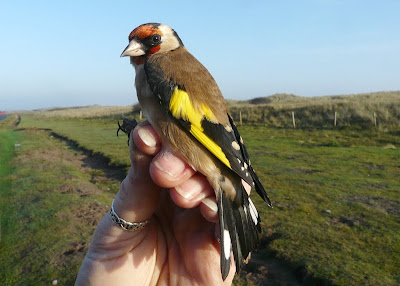 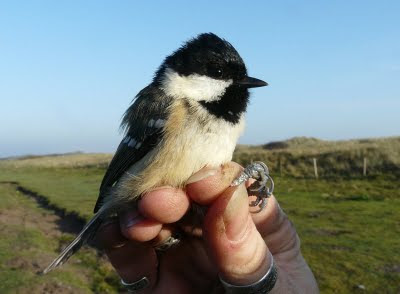 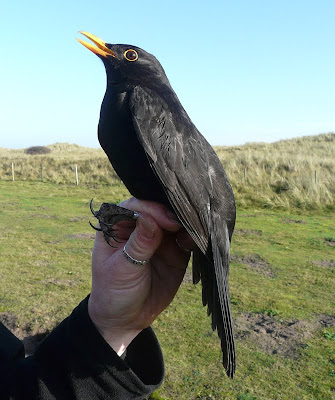 Blackbird
Not much else to report from Druridge, there were still 3 greenshank on the pool and an increasing number of ducks.
By 1130 setting sail, on the 'Shockwave' boat for Coquet Island, in absolutely glorious weather, sunny, warm, hardly any wind.....perfect for messing about on boats and islands.
Not many people get the chance to land on Coquet Island, but along with our Young Ranger group from work, we were working for RSPB to begin getting the island ready for next years breeding birds. 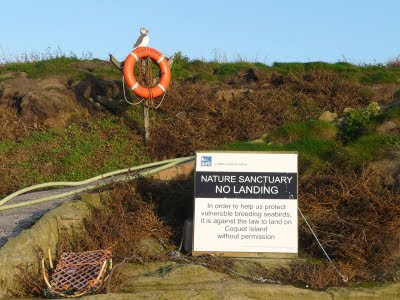 Yesterday, I had high hopes of finding something rareish on the Island, but by this morning it was obvious that the majority of birds will have moved onto the mainland. 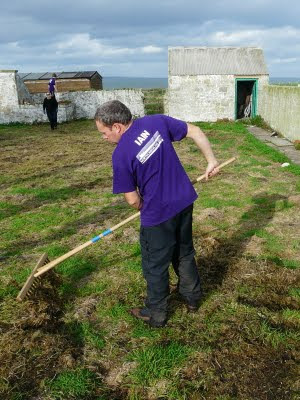 As I working, we didn't have a chance to do too much birding, but Paul the warden was keen to have a bird count done, so after lunch, we went off around the island checking the bushes and gardens. Again, nothing rare but some migrants and wintering species including 72 twite, 30+ blackbirds, 10+ song thrush, 4 redwing , 9 rock pipit, 1 woodcock, 3 snow bunting, 1 black redstart and 14 purple sandpipers. 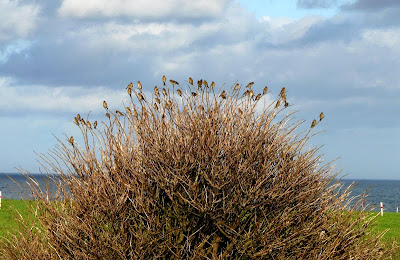 some of the twite flock, which apparently winter on the island..
Looks like birding tomorrow will be a non-starter as our bit of coast is going to be ravaged by strong SW winds and heavy rain all day.
Ringing totals:
goldfinch 4
blackbird 5
song thrush 2
coal tit 1
blue tit 1 + 1 retrap
wren 2
Robin 1 retrap
Posted by Ipin at 22:40

Ipin Working. Is that a rarity ?

That type of comment is just adding fuel to the fires that seem to exist in these parts!