That's what I gave the patch today, a damn good flogging, hoping for a firecrest or yellow-browed warbler - anything really, at least it got me away from the masses trying to see yesterdays' Radde's warbler (seemingly somebody was blasting it with a tape/MP3 this morning, no wonder it cleared off - so much for fieldcraft!)

I did the WeBS count first, some good birds on the big pool, of course there was the ibis, there was also two greenshanks, a green sandpiper (year tick!) and two scaup (him'n'her). My counting was put on hold for half an hour as the weekends second bus trip descended on the pools, this lot where mackem birders from south of the Tyne....'weees keees are theeese keees' 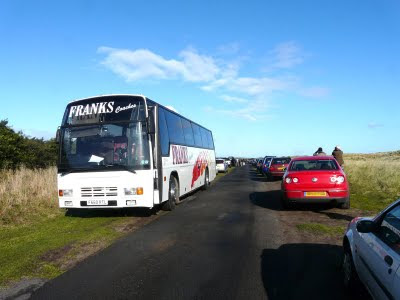 The mackem's bus with cars as far as you can see. 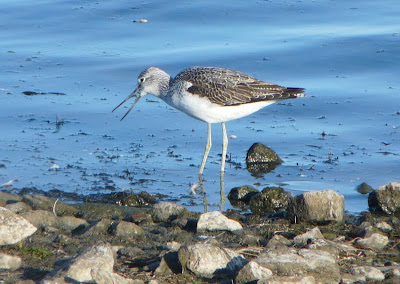 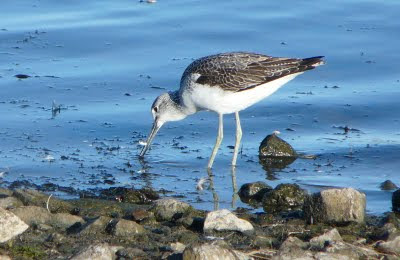 This greenshank was feeding on small fish along the edge of the pool, presumably the same fish that are keeping the ibis alive. It looks as if it here for the winter, at least until the cold gets it, a bit like the squacco heron at E. Chevington a few years ago.

Anyhow, my good thrashing of the far-flung reaches of the patch produced little in the way of migrants, there were skylarks calling overhead again and a few meadow pipits. A group of 30 redwing came in off the sea, looked as though they were going to drop into the plantation then flew straight on inland. that was it other than a few robins and blackbirds.


Alan Gilbertson sent me this pic of one of those nice grey robins. 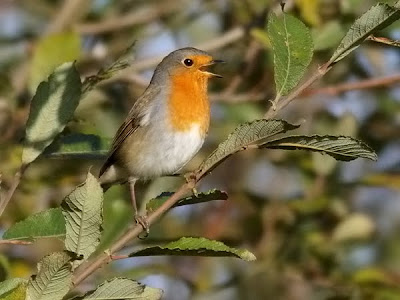 There were lots of these too.... 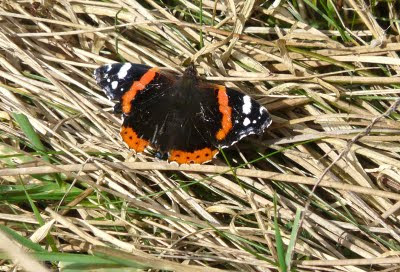 Some other visiting birders told me they had seen a black-throated diver on the sea, drifitng north. It must of drifted to Hauxley cos it was gone when I looked for it. Still a few red-throats in the bay, but not as many as yesterday.

Tomorrows predicted northerly looks as though it may stay to the west side of north, but Wednesday might have a localised easterly...

Roppa, you must learn to smarten up your birds in the hand for photo's. That Raddes looks like its just come out of the washing machine! I've seen better specimens in the Hancock! Come on man get a grip....

Only 20 Red-throats in the bay when we did our WeBS count on Sunday. One on the main pool yesterday afternoon, and Water Rail right in front of the hide.