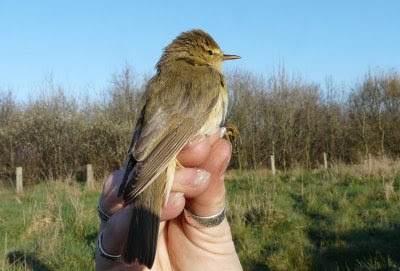 ALL870
So, this tiny little bird weighing only 9.2 grammes, has been to sub-Saharan Africa and back at least six times. I've always been fascinated by migration, but to think that this little bird has done this at least six times and has been caught in the same little strip of bushes in five of the last six years is truly mind-blowing!
We caught another willow warbler today ringed as an adult by Janet in June 2006.
We caught 18 birds in the nets this morning, 10 new ones and seven retraps and one control, a nice male sparrowhawk, which we have no photo's of cos some idiot trainee let it go (me!).
We caught this blackbird, which had an odd shaped bill. It wasn't suffering any harm from it as he was a little fatty, with a long wing (139mm) for blackbird, probably making him a bird from the continent, as our blackbirds wings are shorter than this. 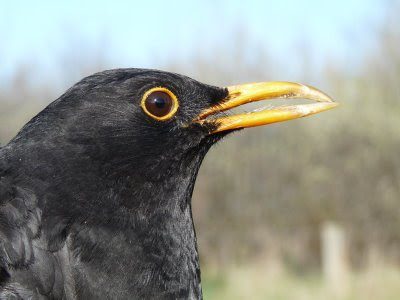 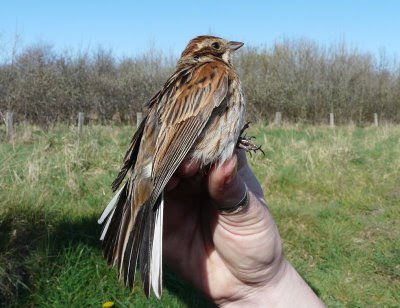 female reed bunting
Remember the stonechats feeding their young mentioned? We found the nest today, containing 3 biggish young (and two cold eggs) so we ringed them too. 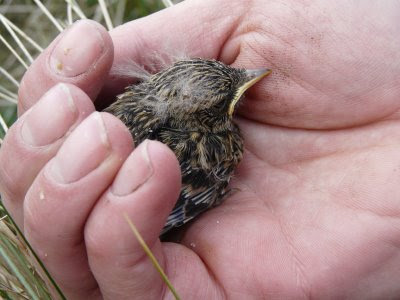 Stonechat chick
Other than what I've already mentioned, a whimbrel on the Budge fields and 4 wheatears were all of note.
90 barn owl
91 grasshopper warbler
92 lesser whitethroat
Posted by Ipin at 17:09

I hope you got the details of that sprawk before it escaped you!

Warren, We got the ring number which i s the most important thing and aged it, but then it got away :-(