I decided to stretch my Easter hollibobs by taking an extra day offuv work, so I could've decorated the house, worked in the garden or gone birding...guess what?
I went to Druridge
The little egret and garganey were both still on the Budge fields and looking stunning! 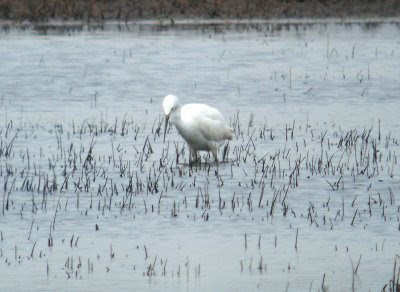 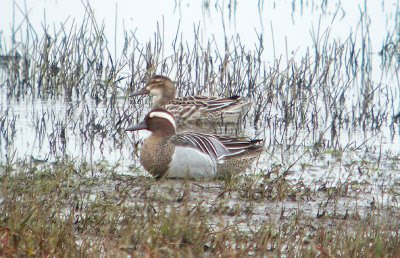 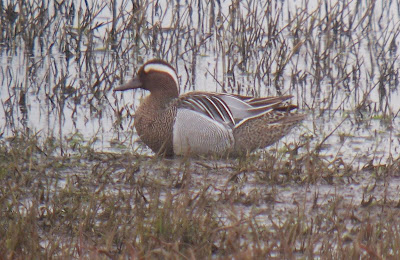 These two also attracted a min-twitch, obviously there's nowt about in the County, I've not seen as many birders at Druridge in yonks, I got more 'birder' year-ticks than I did 'bird' year-ticks.
Of the bird year-ticks, I finaly added sand martin to my year-list, first picked up by Tim Cleeves, many more were seen later in the day. Whilst admiring the garganeys, a swallow flew south over the Budge Screen too and chiffchaffs were calling in the wood. On the Budge fields, there were at least three lapwings sitting tight and few snipe and redshank loitering about too.
I walked through the dunes a bit, looking for wheatears but didn't see any, however there were loads of linnets and mippits in the dunes and six twite were on the fence, moulting into summer plumage - nice! At the north end, a white wagtail was looking smart in the field.
A quick look on the sea produced very little, 100's of gannets were moving in the ditance and there were more kitti's about, no terns or puffins yet though.
I called at Lynemouth (Bewick Drift) flash to see the water pipit that's been there a few days - what a belter!
73 sand martin
74 swallow
75 chiffchaff
Posted by Ipin at 22:00