Zugunruhe......or pre-migration restlessness, a word much-used (some would say over-used) by a colleague of mine, is what I think these whooper swans were exhibiting tonight. 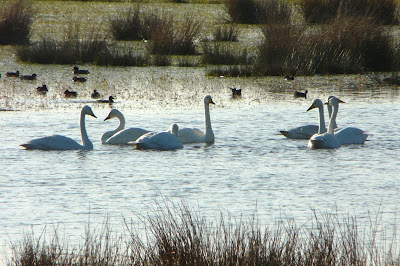 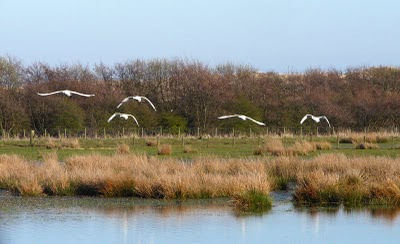 Nothing much else to report at Druridge tonight, a big female sparrowhawk rattled the waders on the Budge fields, there was still a great-crested grebe on the big pool and a little grebe was trilling. 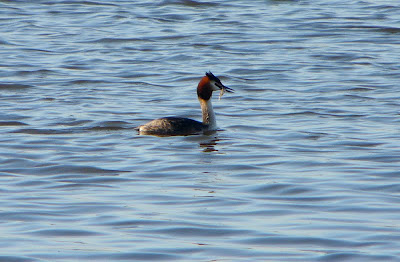 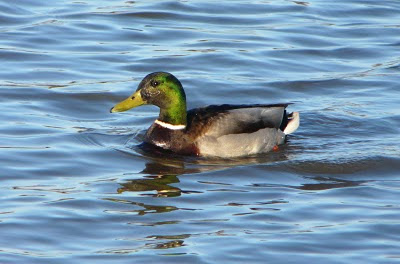 Drake mallard
At the big dune hollow there was one white wagtail and one pied and by the gate a huge pile of bags full of dog shit. 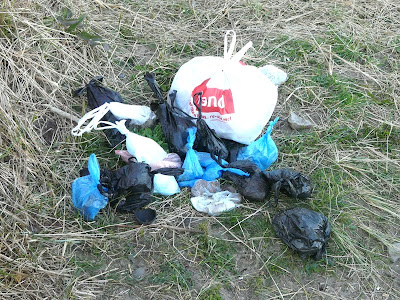 It's rant time!
Why?
Last Friday, I noticed one bag there - not an uncommon sight at Druridge, today there must be 15 bags of shit. So, because one lazy bastard leaves a bag of shit behind, it is OK for everyone else to dump theirs there too? I really do despair, why go to all of the bother of picking it up only to leave it behind, in a bag, which will take half a millennium to break down.
I really feel like staking the place out one morning and naming and shaming some of these morons! They probably wouldn't care though...Scum!
Last night we had the moth trap on for the first time:
Hebrew Character 4
Common Quaker 1
Posted by Ipin at 22:38

I am always finding little bags of dog shit thrown in hedges ! WHAT IS THE POINT ?!!

Although I think its disgusting, I'd prefer it if these retards left their biodegradable dog shit on the floor rather than littering the environment with plastic like that.......

I'd like to throw my agreement in too. There appears to be a sub species of dog owner who finds pleasure in tying the bags onto branches of trees and letting them hang there for eternity. Someone told me it was so that they could come back and collect later...only they never do, so crap is all I can say to that.

Fishermen have the same habit, they tidy all there rubbish away into one tesco bag, then chuck the bag in a hedge! They probably own dogs too :-)

The bagged shite is a personal favourite of mine. I would turn into a serial killer, the likes of which have not been seen since Ed Gein, if I caught someone. Why dont they just sling their bags onto the road outside their own fuckin house then let their dogs shit get washed away by the rain. That way I would only have half the fuckin rubbish left on my doorstep!