The combination of the toon at home, 10 pints of lager and a curry meant a later start at Druridge this morning than I would have liked, despite the late start and sore head I still managed to boos the year list by four. It was a sunny day but the cold SE wind made it chilly.
The first addition was pintail, a pair which were around yesterday, were still on the budge field, very smart they looked too! This crappy record shot does not do the drake justice. 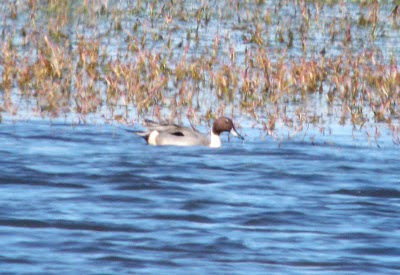 Next, a quick look on the sea produced my first sandwich terns of the year, three of them and very little else. Walking towards the hides, there was a singing willow warbler in the trees by the panel, we were inland yesterday ringing at Stocksfield and heard a few then so nice to get them on the patch.
The first cowslips were in flower along the bank on the way to the hides and this snail was entertaining, colourful little fellow, I've not got a snail ID book so couldn't get him to species! 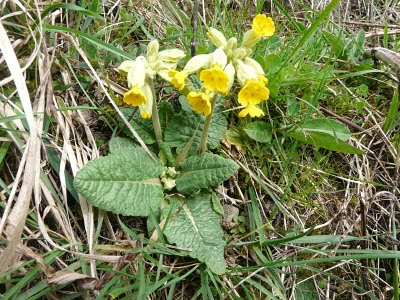 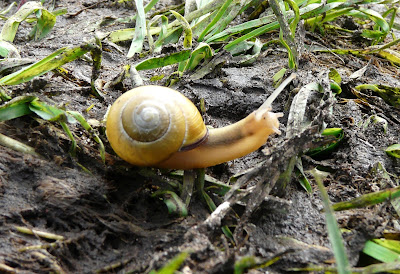 I had a quick look from the little hide and could see nothing out of the ordinary, so went to the Oddie hide, I hadn't been there long when Bob Dack walked in and said he had just been watching a drake garganey from the little hide, we went back and there it was, it must've been hiding when I looked. There were two reported on RBA tonight at Druridge and another at Hauxley 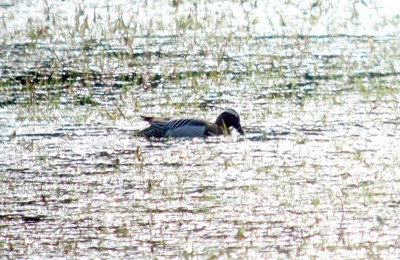 Hi Ipin. The Snail looks like Brown-lipped. Someone id`d one for me last week. But unlike mine, yours was lacking the banding on the shell, as they sometimes do.

Yellow ground, no striped form of the White Lipped Banded Snail - Cepaea hortensis if memory serves. very similar to Dean's which was probably id'd by myself the other day as he suggests - I did someones BLBS can't remeber exactly whose. White lipped prefers damper habitats than brown lipped but they can be found together

A timely footy, beer n curry reference to pass on congratulations on the instant bounce back to the Premiership.
Still a faint chance we'll be there via the play-offs - what price a Foxes vs Forest final!

Confused on the snail front!

Skev - I reckon it will be either your lot or forest that go up with west brom....good luck!