No more migrants but ton up!

I'm off work this week, so once the carpet fitters had finished fitting my new carpets I went of to Druridge for an hour or three.
I was hoping ( and expecting) to see a handful of new migrants but it wasn't to be, I had to make do with a white wag, a few wheatear and some straggling winter visitors in the form of 12 whooper swans who don't quite fancy the tundra yet!
I had a good tour of the patch, the GWE hasn't been seen in the last couple of days, the resident waders are settling down, a lapwing was sitting tight and snipe and redshanks are hanging about in reasonable numbers. My only year-tick of the day was three displaying stock doves. 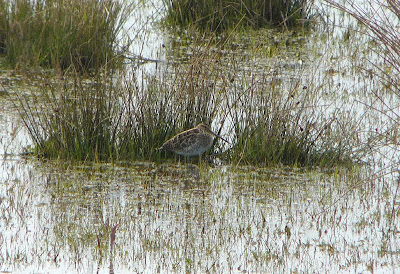 The whoopers were all on the big pool, twelve in total, five of which were last-years young. 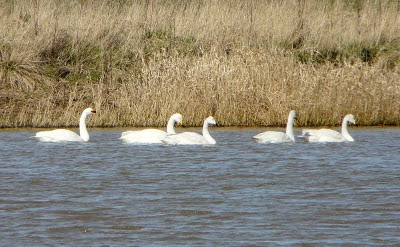 I had a look on the sea, the NE wind was bitingly cold and there was very little to see, I hung out for a sarnie tern until my face froze off, out of the wind behind the dunes, it was like a summers day!
I found two goldcrests in the bushes, impossible to photograph - this pic turned out to be a bit weird!! 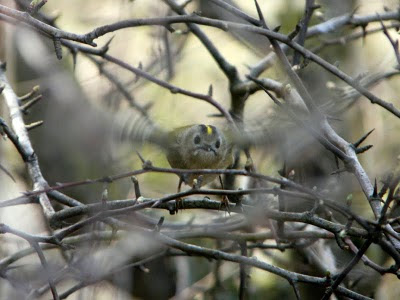 These lichen caught my eye, I once did a 10 week lichen course, confused the hell out of me and I have largely ignored them since! 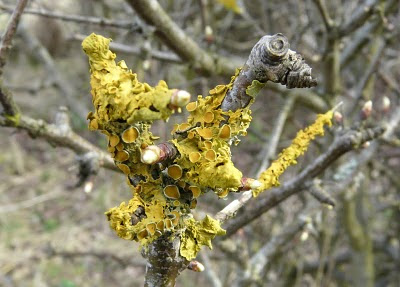 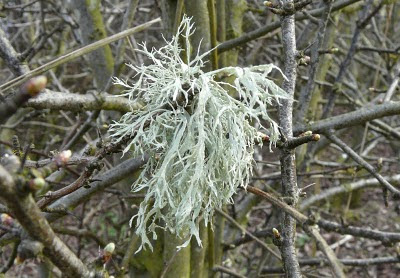 Only kidding I know what it means. Cool blog.

I was watching the Stock Doves the other day there. They were a bit closer than the Egret...nice birds and a good one to bring up the ton.

Haway son, catch up. Less drink and more outdoors is what you need....

I'll take your goldcrest at the moment...seem to be as rare as rocking horse do-do this side.

Thanks for comments, No willow warblers this morning on my CBC :-((

Watch it sexton! I was on the opatch for 0630 this morning!