A day of two halves

This morning I did my fourth CBC survey at Druridge, I am now in Mawgan Porth in Cornwall.

The CBC survey didn't throw up anything unusual, there are now three singing sedge warblers, all of yesterdays yellow wagtails have shot through except for one, there were a couple of white wagtails about and ten or so wheatears.

As I was about to leave, the birds on the Budge fields all got up..... 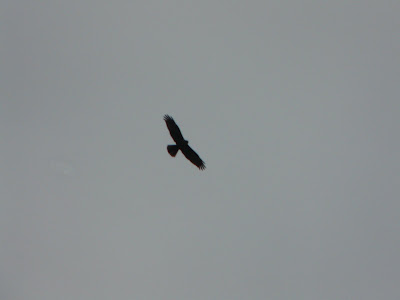 As this came through, a female marsh harrier. It came from the north, flew over the heronry sending them up into the air then flew high overhead picking up height over the dunes, sending the shelducks into a panic.

So a quick turn around and courtesy of Southwest Air's direct flight to Newquay I am now on the North Cornwall coast and very nice it is too! I walked along the South West Coast path for six mile sor so this evening, a gloriously sunny evening with ravens cronking overhead and stonechats aplenty in the gorse, I got loads of great photo's but this hotel computer hasn't got any decent software on it and I left the laptop at home. 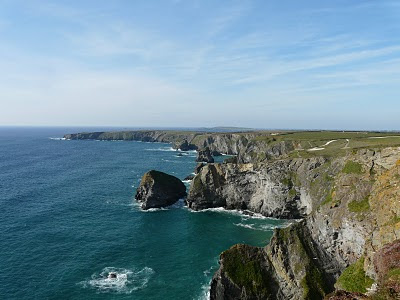 I am down here until Friday (it's work - so not all fun), then back home overnight before heading back south for a weekend on the lash with the boys in London for the toon's last game of the season at QPR, so Druridge will be somewhat neglected until Monday at least!
Posted by Ipin at 21:47