Yesterday's great white egret was back on the Budge Fields this morning, feeding quite happily on newts and frogs.
I paid it a courteous 10 minutes look before heading off in search of black redstarts, surely with such an unprecedented spring influx, there must be one at Druridge somewhere? I checked all of the likely bits of habo with no joy...
The egret had attracted a few onlookers including this lot (who saw a peregrine stooping on a short-eared owl whilst I was off looking for black redstarts...typical!). 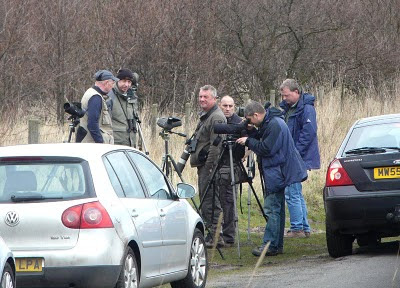 Roger Foster did spot a sand martin going over though, first one on the patch this year.
These two didn't bother twitching the egret, way too much like hard work. 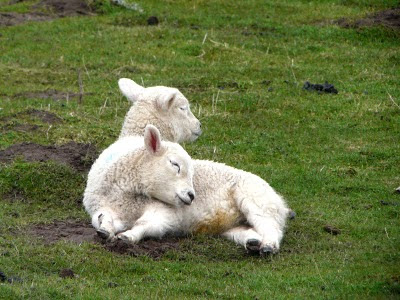 I had a quick look on the sea, there were four or five shags on the flat-calm water, in full summer plumage including wavy crest thing going on, you don't often see them in full breeding plumage at Druridge, they are normally a wintering species. My first 'patch' eiders of the year were on the sea and there were at least 18 red-throated divers. A gang of canada geese heading south added that species to the year list.
97 sand martin
98 canada goose
99 eider
Posted by Ipin at 00:24

better re-phrase that it sounds a bit pervy !

Urgh thats a set of ugly buggers there :)