A bit of a wader update, but firstly, the spoonbill is still here and thankfully tonight he was a bit closer allowing some piccies, unfortunately, he wasn't' active for long and soon went back to sleep! 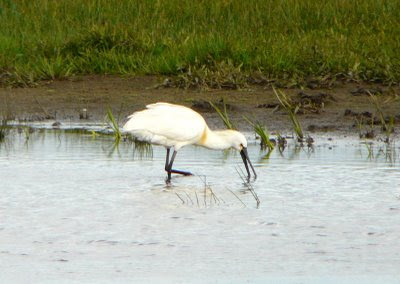 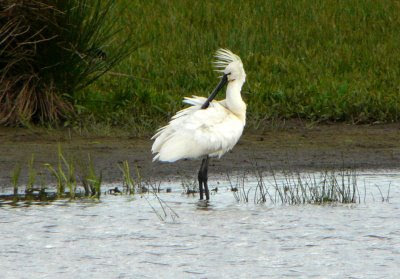 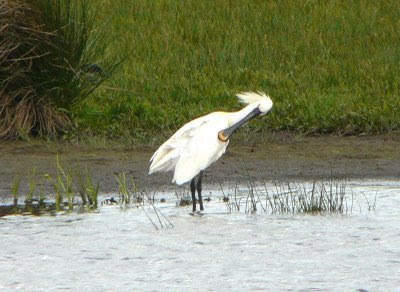 There was also a good scattering of waders again including a stunning little stint which was nicely turning orangey,a nice year tick, below dwarfed by the black-tailed godwit. 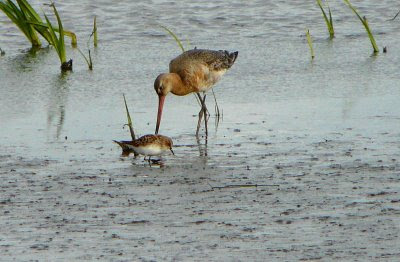 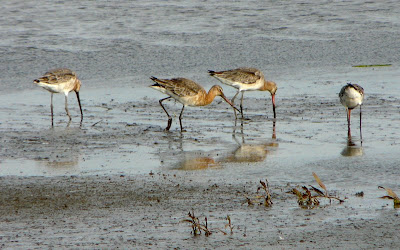 more godwits
There were two male redshanks displaying to a single female, quite impressive to watch, I wished I had videoed it, but here's a pic 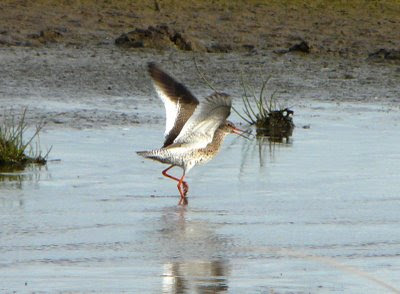 The waders were spooked from the Budge fields by a marauding carrion crow, the little stint didn't return, but some of the ringed plovers and dunlin returned to the front of the Oddie hide, allowing some photo's. 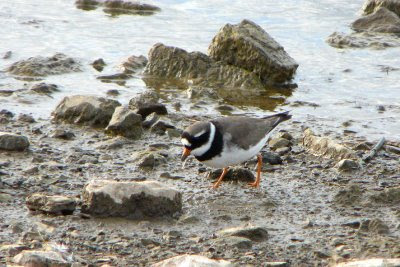 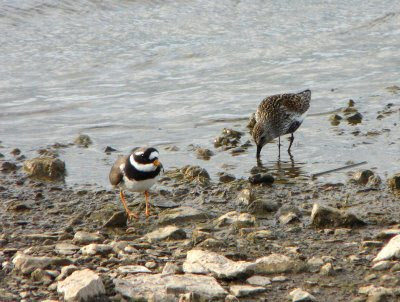 There were more ringed plover and dunlin on the beach with two summer plumage sanderlings, other than a pair of little grebe appearing on the big pool, not much else to report
110 little stint
Posted by Ipin at 23:11

Aye I agree and that Stint is a Long toed....