It's been a busy weekend so Druridge has been somewhat neglected I'm sorry to say. On saturday we were 'Atlassing' tow tetrads in the north of the county, the first one was near Hethpool and the second one in farmland north of Kirknewton. I've been in the College valley many before, it is a beautiful place which I really like. It was a cracking morning morning so nice to be out and to see birds that are scarce on the coast like yellowhammers, garden warblers, redpolls and cuckoo. 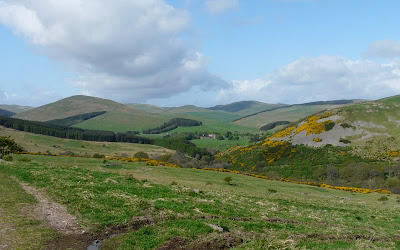 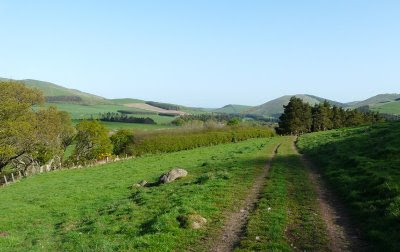 The College Valley near Hethpool

The Kirknewton tetrad took me along roads that I had never been on before, there aren't many of them left in Northumberland.

On the way home, we called briefly to check the nest boxes - one blue tit sitting tight. Dave Elliott stopped to say he had seen yellow wagtail on the Budge fields so I called by for a look, no sign of it but there were 3 whimbrel, a bar-tailed godwit and a wheatear. 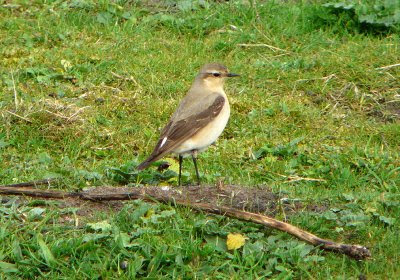 An away trip to Liverpool ruled yesterday out, meaning the garden won today, but I managed a quick hour at Druridge this afternoon. It was like an October afternoon without the migrants - bloody cold!

A greenshank on the Budge fields was a year-tick, 2 ringed plover were there too and at least six swifts were on the wing. Offshore I had my first arctic terns of the year, there were 7 red-throated divers, some in stunning summer plumage and finally a single female wheatear on the dunes was almost certainly of the greenland race.

Some stunning scenery up there Ipin. Keep up the atlas work!