It was GODWIT way at Druridge tonight! We popped down for an hour after work, despite the near gale-force wind and squally showers. From the Budge screen we could see 'a few' godwits on the pool in fornt of the little hide, so we tootled round there. When we got there, there were only 36 of them! in a range of plumages from dark-brick red full sum-plum jobs to greyish looking wintery jobs, all very nice to see and in such good numbers (I got a text from Paul Stewart to saythat another 6 had dropped in later making 42!) 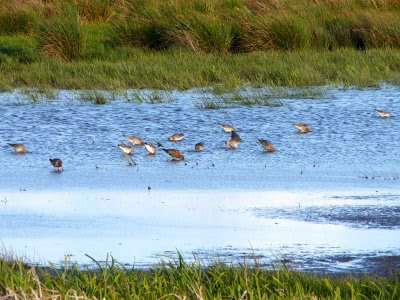 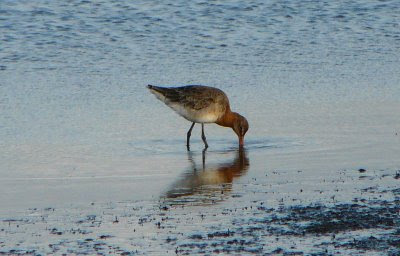 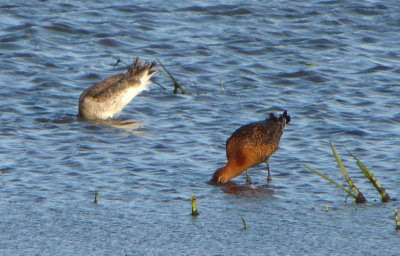 Nothing much else to report, there was a single little egret on the Budge fields again, a male 'greenland' wheatear and 3 ringed plover on the beach. 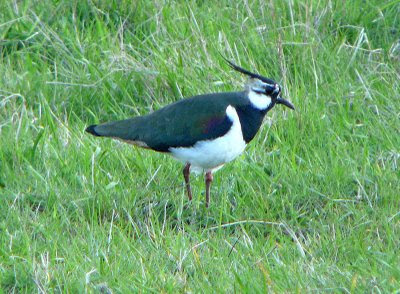 I went through my 2009 Druridge list the other night and found four year-ticks I've missed offuv the blog - couch ticks which sadly includes the 100th of the year :-((

Flock must have built all day. I was there at 1.00pm and first count was 18 building to 28 a few minutes later

Coastal pools fit for waders, have NWT gone and lost their minds :)

Some crackers in among them.