A busy afternoon at Druridge

There were an awful lot of birdwatchers at Druridge today, I say 'birdwatchers' rather than 'birders' cos the majority of them were from an RSPB members group visiting from York, all very nice people and very interested in Druridge.

It was also WeBS day, so I did a full count of the waterbirds, in fact I had a good three and a half hour mosie around the patch.

On the Budge fields, there were a few groups of waders with 9 blackwits, 19 ringed plover and 13 dunlin. The greylag pair have hatched out four goslings and were parading them about and there was a little egret and drake garganey too.

Also on the wader front, I had two whimbrel and greenshank over. A 'courting' pair of common terns were right out in front of the Oddie hide, every now and again, he would go off and bring her back a fish ....nice! 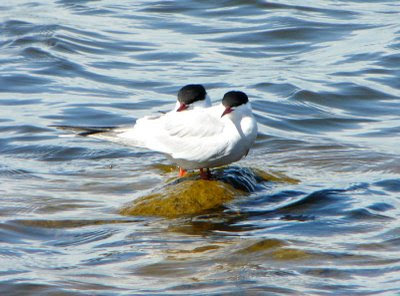 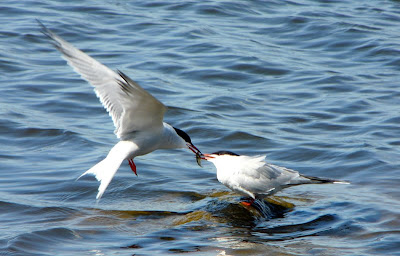 This redshank was there too 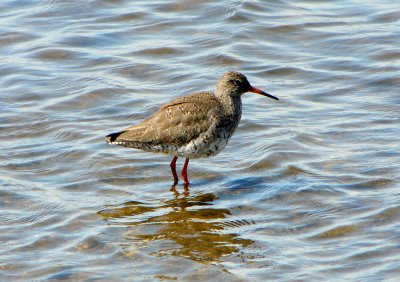 A common sandpiper on the edge of the big pool was a nice year-tick, my only year-tick of the day.
Not much on the sea, so I went off, scouring the dunes for whinchats (there had been some elsewhere on the coast). I found three wheatears at the north end, here are two of them. 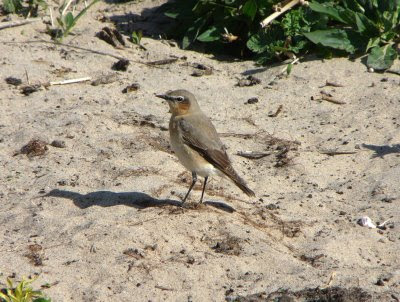 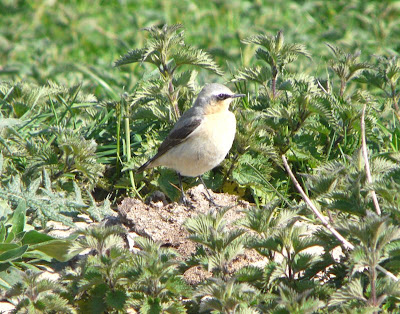 I don't often get time to walk through the dunes, I was impressed at the number of cowslips, which are just starting to go over and just coming up are the first bloody cranesbill flowers. 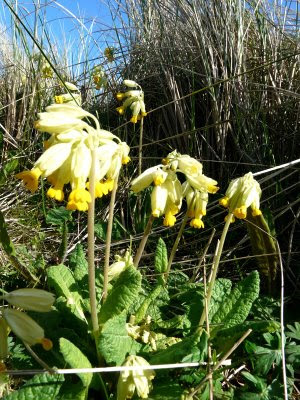 I spotted two of the three stonechat youguns in the dunes, sporting their nice shiny rings on their left legs.

It looks like easterlies for the foreseeable future, so with Druridge looking ripe for a rare wader or maybe even a nice bluethroat I will try to get down there at least once a day this week.

Did you see any Avocets? they were at Hauxley late morning, then they moved on!

They were spotted by someone else 'circling' over Druridge, they didn't land though :-((

Mustn't have liked the look of the place.