Well, when I set out from home this post would probably have been titled "woeful westerlies" as there was a strong westerly and bright sunshine, but I thought, what the hell, I'll have a look anyhoo. And I am glad I did, as it could equally have been called 'wonderful waders' or 'tern-tastic'. Nowt from the Budge Screen, but from the little hide - woooah! The spooners were back, with 19 blackwits, 2 greenshank, 2 ruff, 15 dunlin and 3 snipe. 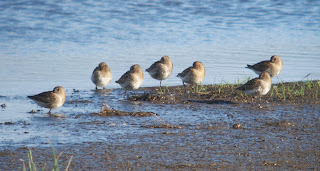 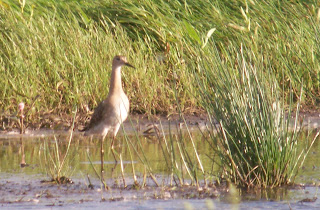 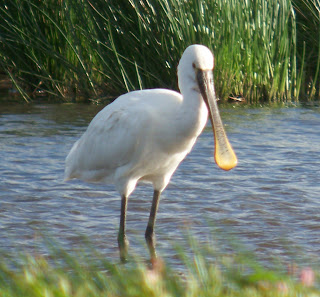 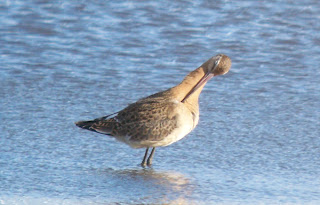 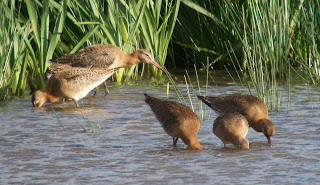 A family from Leicestershire were in the hide, most impressed with the array of birds, but they were used to Titchwell RSPB, what must they have thought of the little hide at DP? the door is now propped up against the wall and the grass is growing up around the shutters - welcome to birding in Northumberland!!!
I thought I would check the sea, at least to see if y'days GND was still around, which it wasn't, but the sum plum RTD was with a stunning pale-phase arctic skua and just as i was packing up a juvvy black tern flew south, which I watched as far as Cresswell. Eeez niizzze!
Tonight's posting was brought to you with the help of "FOSTERS LAGER", "JACK DANIELS WHISKEY" and music by "THE WILDHEARTS"
Posted by Ipin at 23:59