A mammoth drinking session on Saturday (garden party, morpeth, the local then to the beach with a bottle of wine....then in the sea) meant a late start at Druridge, gone 5pm.... 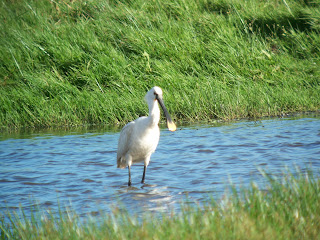 But the effort was worth it, an adult Spoonbill on the Budge Fields, first from the Budge Screen, then it flew to the front of the little hide. A nice bit of mud had developed in front of the Little Hide, although the veg is deep (A note to NWT..PLEEAASE open the gate and let the cows in to this side!!!!!!!!!!!!), The mud had attracted two spotted redshanks, two ruff and a dozen or so Snipe, something decent on my WeBS count returns for a change! 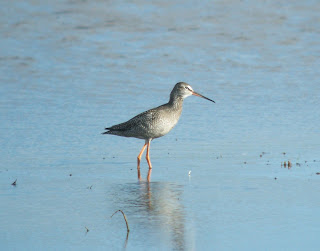 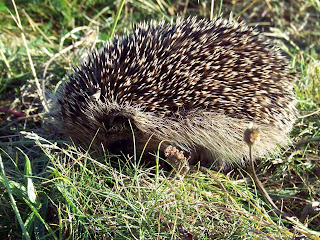 By the Car Park, Bob Gadjus spotted a young hedgehog wandering towards the fence, not very often you see them during the day
Offshore, seven manx shearwaters moved north, two of the lingered in the bay feeding quite close to the shore.
Posted by Ipin at 23:39