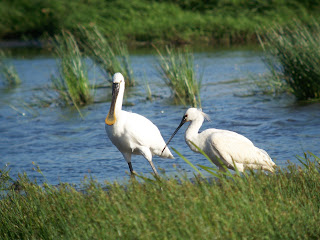 As if by magic, the shopkeeper appeared....not quite but a second spooner did! I guess this is the youngun that's been loiterin at E.Chev for so long. There was quite a bit of interaction between them, tugging at each others feathers with their bills and kinda clattering their bills of each other, maybe they're related? I like the third pic with the crest showing on the adult bird. 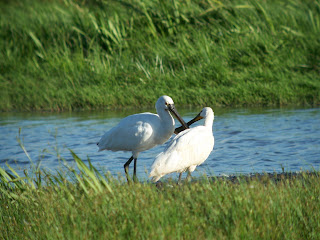 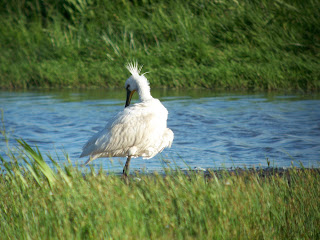 The spotshanks have cleared off but the two ruff were still there. Oh, and a miracle happened, NWT have been and cut the grass in front of the hides, now I have no excuse for out-of-focus pics! There were a few peacock and wall brown butterflys about. I did a brief seawatch and had two Arctic Skua and a manxy. 15 grey partridge on the road by the plantation were nice, looks like they've had a good year. 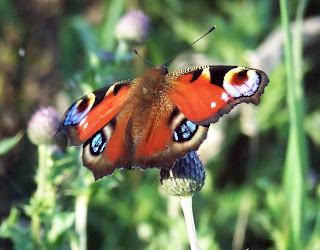