Twitching and the birdfair

I am just back from a hectic weekend at the British Birdfair at Rutland Water and I am totally cream crackered. The weekend was good fun, but exhausting, I was working on the Birdwatching Northumberland stand again. The weather was gourgeous but it meant the marquees ended being like sauna's by early afternoon.
There was smattering of Geordie's either visiting the fair or working at it, away from our stand Mike Hodgson was flogging tripods and Alan Tillmouth, Adrian Pitches, Tony Crilley, Martin Davidson and Anne Middleton were spotted among the crowds.
Martin Kitchen could be seen out harassing innocent minor celebrities 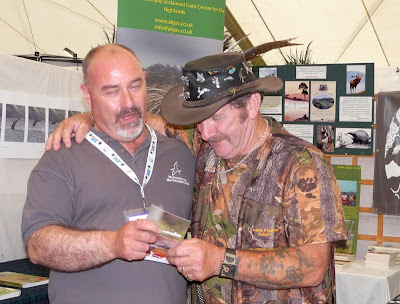 I am NOT drunk I'm telling you, they were otters! 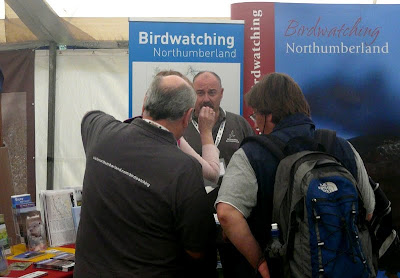 "If you try to sell me one more pelagic trip, I'm gonna stuff your leaflet down your throat" 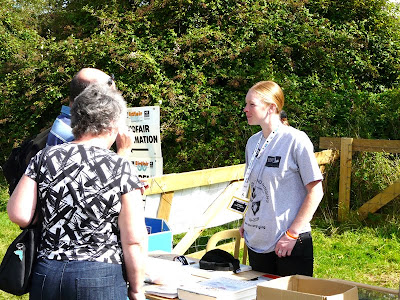 Janet Fairclough on the ringing demo

I am always very tired after three days at Birdfair, but this year was worse! Coming home, we got as far north as Retford when the transit van blew up, we waited nearly five hours for the AA to come and rescue us and return us home (via Sheffield), eventually arriving home a six am this morning, 12 hours after leaving Rutland.

So when news broke of a yellow-breasted bunting on Inner Farne, it was decision time - to twitch or not to twitch....Sod it, who needs sleep anyway?

So four o'clock had 20 or so optimistic twitchers, including me, heading for Inner Farne in hope....not before the Boulmer Birder had stocked up on a dozen donuts for the trip 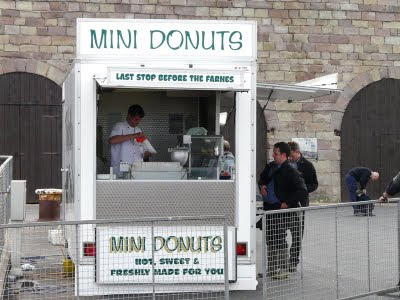 After a short time scanning the more open areas of Inner Farne and the fat-hen covered plateau type bit in the middle, an juvenile ortolan bunting was discovered sat out on the rocks behind, very nice bird, a County tick for me and a few others, but not the one we were after. There were other migrants on the island including a pied, fly two or more garden warblers and a rather smart cuckoo, but not the one we were after. 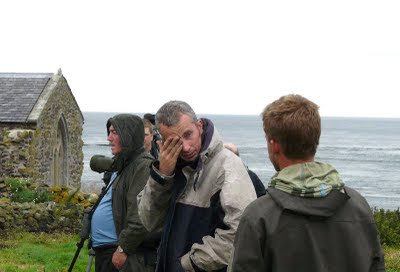 Steely looked worried, could the 'two-bird' theory be rolled out or had they made a grave mistake?

He had the balls, which most of us wouldn't, to admit that the ortolan was likely to be the bird they had seen. Another bird, still unidentified for sure did fly out and away, last seen heading for Bamburgh, it was pale underneath and white or pale colours in the wing , it was silhouette and didn't call, it wasn't a yellow breasted bunting - but what was it? 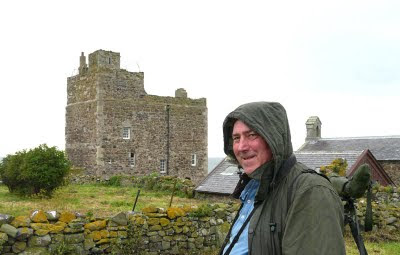 Andy Cowell was a happy man -ortolan was lifer for him
Posted by Ipin at 21:33

Oh man thats not on, you'll be hearing from my solicitor....I dont even like donuts....