Windy, from the west

A strong south-westerly at Dru this morning, things didn't look promising. Checked the sea first, it was still there, oh and there was a drake scaup on it with some scoter and rtd's. A harbour porpoise was in it too. Then to the pools, a quick scan - it looked quiet, but everything comes to he who waits. First to appear was a greenshank, then 4 goldeneye, then two otters, then the kingfisher and I even managed to grab a photo of it. 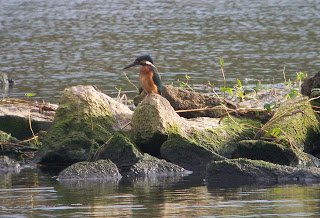 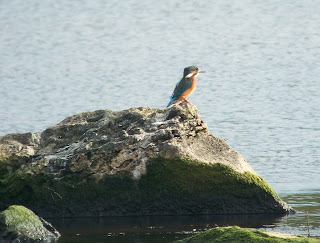 Kingfisher - a mega rarity for the pools!

Despite the strong SW wind, I decided to check the bushes, there were a few redwings and blackbirds kicking about in the whitebeams and a few wrens and dunnock, little else of note. 69 greylag and 16 pink-foots flew south and 2 skylark appeared to come in off the sea. Off to pray for an easterly for the weekend.