A Sorte North of the Border

I walked from Berwick-upon-Tweed to St Abbs in Scotland, 14 miles or so, all in the name of work. Leaving Berwick at 10am, there were redwing and fieldfare all along the route til at least mid afternoon, either freshly arrived or coming in off the sea in small groups. Many fieldfare were lifted of the path whilst the redwing were gulping down berries in the bushes, there also appeared to be a lot of newly arrived starlings and the occasional blackbird, with skylarks passing overhead. At least two redwing had fallen victim to birds of prey, their freshly plucked remains on the path. 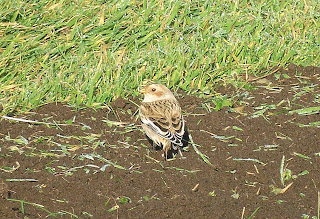 Also of note, in England, was a snow bunting just north of Berwick at Magdalene Fields. A short-eared owl attempted to come in off the sea here too, pushed backed on two occasions by jackdaws and carrion crows, we left it there. It was interesting to note the numbers of stonechat along the route, I wished I had counted them, but reckon on about 20 individuals along the 14 mile. A nice close raven honked at us near Eyemouth and the seals (fed on chips) in the harbour were the fattest I've ever seen! 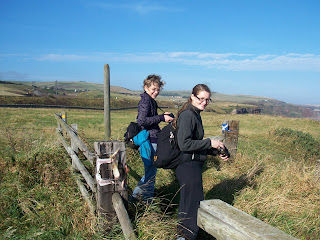 Welcome to Scotland! Check out the flag nailed to the post 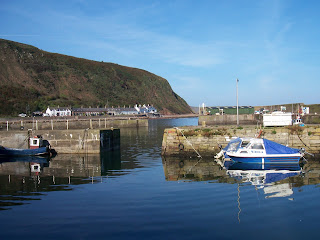 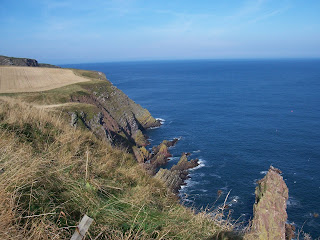 The scenery aint so bad though

I'm off to soak my feet!