Last weekend I said to Janet, wouldn't it be great to see something like a red-backed shrike perched on top of the pile of fly tipping next to the honest romany folks caravans, just to put ' bird showing well on pile of pikey's tipping' on the pager....well it nearly happened today.
We decided it was too wet'n'windy to ring this morning, but JF and I decided to go birding at Dru and check out places for new net rides. There were still a few migrants about like redstarts, whinchat, whitethoats, spotfly etc as we worked the bushes at the north end, I even went through the 'mugwort' valley of death in hope of a bluethroat and then waded neck deep along the lake outfall - no luck. 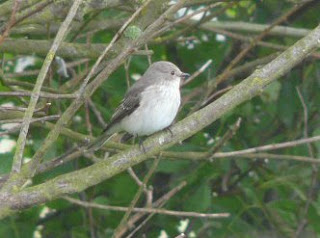 After checking the pools, we headed towards the entrance willows via the bushes by the new NWT bridge, just beyond them we picked up a juvenile red-backed shrike on the fence. I put it on the pager as being opposite the gypsy camp, only then it flew directly to their pile of fly-tipping and perched right on top! A premonition or what! Good bird for the patch, I've had one here before, a good few years ago. I missed the one Boulmer Birder had by the farm in the last year of the patch competition - then again so did everybody else.......there was a whitethoat there..... 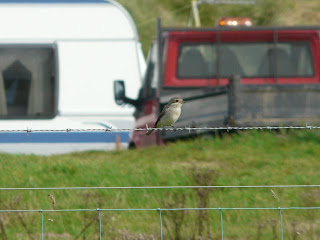 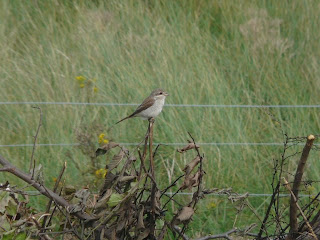 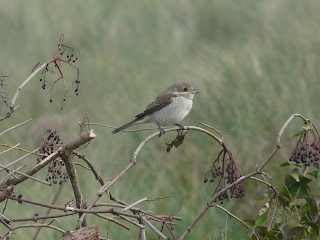 The RB shrike caused a bit of twitch, no doubt to the amusement/dismay of the HRF, maybe they were aggrieved that we had invaded their privacy. 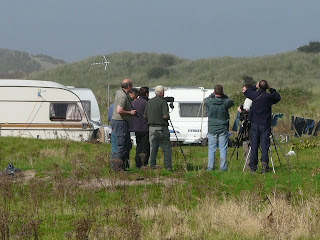 On a sadder note, the receding floodwater have left pools behind on the path conataining hundreds of dead and dying sticklebacks - the forgotten victims of last weekends floods, we didn't see Prince Charles and Camilla coming to rescue them! 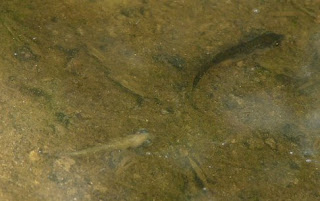 Cheeky get....whitethroat indeed...I hope you got nettled in the mugwort valley of death...

HRF ? we call'em pikeys down my way,though i prefer the name by a periodical from your way 'TGB'

BB - I did...ta.. I did credit your wryneck today tho to make up for dissing your r-b s!

Darrell - the 'northern' periodical had to change the title of that cartoon from TGB to HRF due to being sued as racists!