An early ringing session with JF on Thursday, before work. hardly any wind and a bit of fog which lifted and the wind picked up to NE2. Ringing was v.quiet, the highlight was a meadow pipit! The long-eared owl was hunting again and there was a temminck's stint on the Budge fields.
Later in the day birdguides.com reported a little stint so before any cries 'mis-identification!!!' Our bird was defo temminck's (and was reported later as temminck's too) so I am going for the two bird theory..no sign of either since which is a shame.
There has been spoonbills reported from Hauxley and Cresswell, so hopefully on might get down to Dru at the weekend, hopefully ringing again on Sunday. 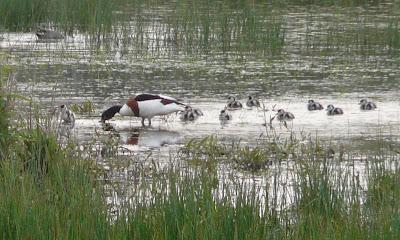 a happy family- the first shelduck young - brood of 10 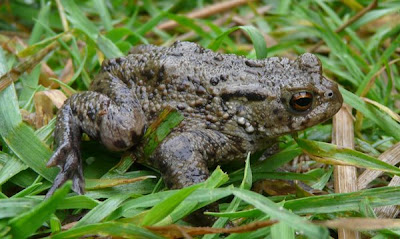 A turd (toad for those not from Ashington or Stobswood)

Thats not a Toad, its a Temmincks ;)