An early start at Dru this morning, bright and breezy, so no good for ringing. I arrived at 0630 to find about 40 cars at the north end...odd for a sunday...but it's the summer - rave season. I guess there was about 100 people there, the music was still playing, I had a quick look on the sea (rosy - year tick!!), there were a few worse-for-wear types on the beach. By the time I left taxis had begun to arrive to take away some of the ravers. Check out the vid on youtube 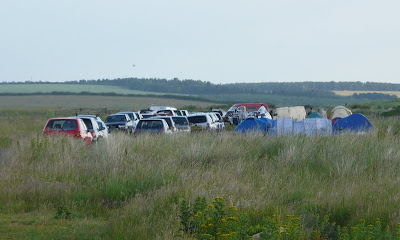 I don't really mind raves on the beach as long as they clear away their shit after them, and to be fair, there were some guys with bin liners picking stuff up. I reckon the countryside is there for us all to enjoy, some people enjoy it differently to others, so let them be, as long as they don't spoil it for others who follow them.

Anyhoo, bird wise it was v.quiet, although I did flush a pair of grey partridge and six small young, only just big enough to fly....they were in the dunes. A little egret was still on the budge fields.... 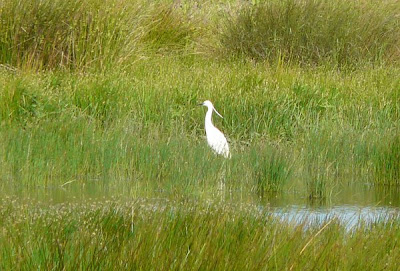 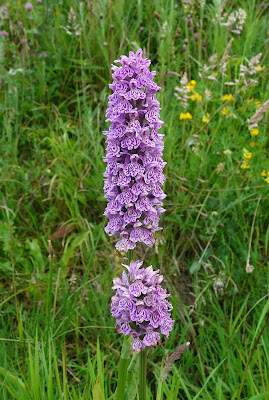 Thats the spirit !! Them ravers are usually OK I reckon, I used to go to a lot raves in fields years ago, we always tried to clean up after despite feeling a bit spaced out !

At least they don't shit everywhere, leave junk allover the shop and nick your wheels like them dodgy pikeys !!

Thanks for the thumbs up on the blog mate ;-) the majority of the people there are all like minded people who aren't out to make a mess or cause a nuisance.

P.S Your posted video is a year old ;-) look at the same username on youtube for a more recent video...

Cheers anon, it sounded good in the morning, I posted a updated vid, looked great...wish'd I'd been there!!!!

No problem mate, it makes a change from all of the bad press that raves like this get when we're not bad people.

Thanks for the heads up and its a quality video, totally made the night & morning for everyone and definitely made it feel like summer...