A wintery scene greeted me when I went to Druridge this morning to do a somewhat late WeBS count, this should've been done last Sunday but the combination of a gallon of red wine on Saturday night at the Cadwallenders and a 1pm kick off at St James' Park ruled that out. 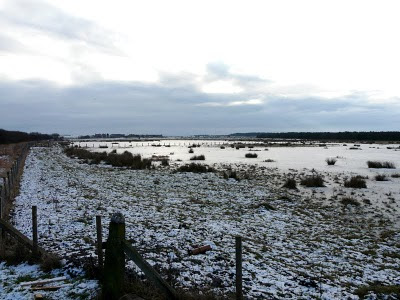 
First job though was to put some twite bait out, as usual the corvids were there first - here is a question for you experts out there...Can and do corvids pick up and eat black niger seed from the ground? We thought, perhaps wrongly, that their beaks would be too big to pick up the tiny seed from the ground, but maybe they can? Jackdaw, crows and rooks are the only species we have seen at the seed. 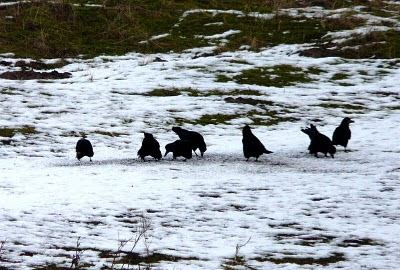 Greedy corvids hoovering up the sunflower hearts and niger?

A somewhat shortened WeBS count as the Budge fields were completely frozen and bird-free, other than a rather confused looking grey heron, which flew off as we approached, not before ungainly losing it's footing on the ice before take-off.
The ducks were congregated in the middle of the big pool, decent numbers but not as many as last month, the highlights being:
mallard 82
wigeon 208
teal 159
tufted duck 47
goldeneye 9
also an amazing, and chart topping for the year, SIX coot! The best bird though was female scaup. 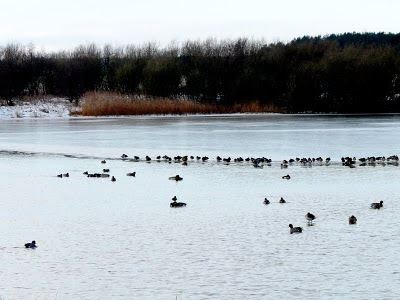 Other than wildfowl, there was little to report, a male sparrowhawk chased a couple of blackbirds and a song thrush from the bushes by the Oddie hide and three or four skylark flew over.
Tomorrow is Christmas Day and we will have our annual pre-pub walk along the beach.
I would like to take this opportunity to wish a very merry Christmas to all who read this drivel!
As a footnote, I have noticed the Boulmer Birder has gone to extreme lengths to advertise his excellent blog, maybe he has taken on Mr Tillmouth as his PR adviser? 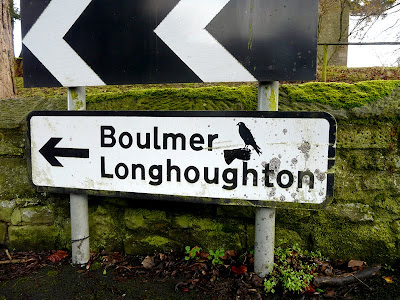