Firstly, Merry Xmas to you all. It's been a bit hectic on the social front of late so it was nice to get down Dru today, Christmas Day. I don't normally get out birding on xmas day itself, normally because of a huge hangover. 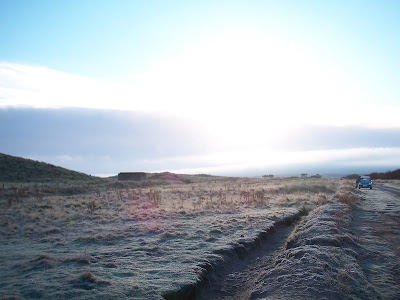 It was a lovely, but cold, bright morning with great light, clouding over later. I met JF and her Dad down at Dru, we went to look for the Otters on the pool, the Dog was on the island when we got there, then he caught a huge eel and dragged it off to the bank. 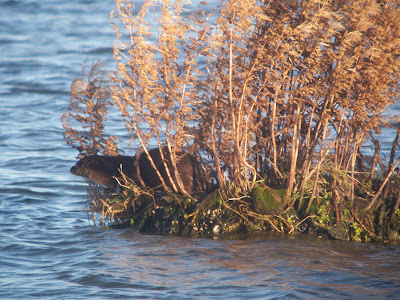 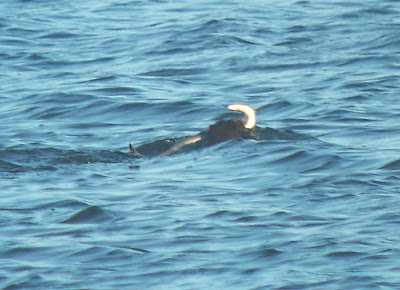 Most interesting though was a water rail (patch year-tick!!) which we spotted on the far bank, amongst some reed, which was obviously eating from the carcass of a freshly dead black-headed gull ( I feel a note to BB coming on...and not the Boulmer Birder!!). Crap pics, but you can make it out. We watched it on and off for about 20 minutes, until a crow came down to eat. 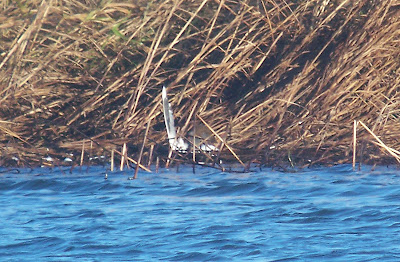 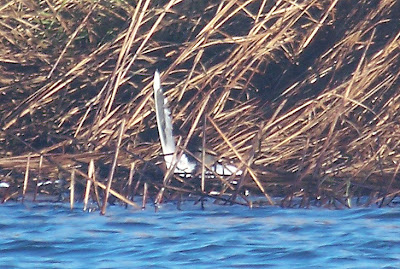 Of note away from the pools was 30 siskin in the wood, a slav grebe, 2 great-crested grebes and a red-throat offshore. There were also a lot of blackbirds still about, with some coming in off the dunes (freshly arrived??) with redwing and mistle thrush also.

Off to get drunk and then Wigan tomorrow for the footie.
Posted by Ipin at 12:05