To Mull and Back

Since my last post I have been to Mull and back. 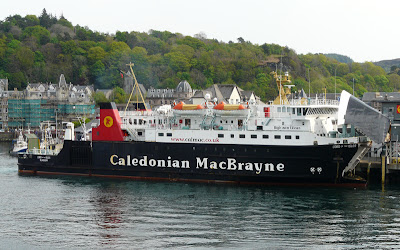 Mull was great, a lads weekend away, plenty of eagles and beer but no otters. Good to catch up with Bryan too.

Back on the patch for a wander about proved profitable on Bank Hallada Monday (A bit of Ashington-speak slipping in there, sorry). After we checked some meadow pipits nests, we headed for the Budge Screen, wood sandpiper and spotted redshank had been reported whilst I was away on Mull.

A wood sandpiper showed briefly, but no spotshanks remained. A fly-through house martin picked up by ADMc was also a year-tick and two yellow wagtails were by the little hide. On the main pool the highlight was a pair of great-crested grebes. Once a regular at Druridge these birds are becoming really scarce in these parts now. Also of note was fly-though greenshank and a drake pochard.

Today was 'Visit E' of my territory mapping thingy, so an early(ish) start. Again, many species are getting into the serious business of breeding, so not as many singing birds, the newly arrived whitethroats were blasting out their scratchy song and there was at least five of them. Three grasshopper warblers were also reeling, they'll quieten down soon too.

It was nice to see at least one of the stonechats pullis we ringed last week have now fledged, there were probably more in the grass still being fed. I think this events deserves more stonechat pictures. 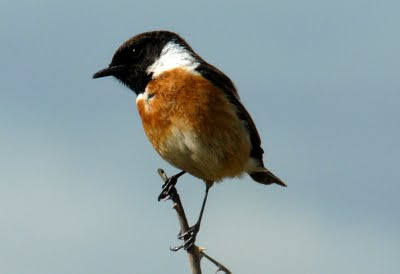 This evening a quick look out to sea produced my first common tern and just as the sun was setting a whimbrel flew north, calling.

good to see the stonechats breeding ipin. nice pic of the sunset there.

Ashitn crack. A divvent kna wat ya ern aboot how. But mind ah hohp thon storks not still ern ya list. If it is yil be varnigh ih stringa, evin warse thn ya munthly marathn.... Ya lists deein canny tho. Ah wish we had sum pernds aboot up heeor. Heh yi had them Avicets yit? They'll be puggied afor the younguns get erf...

I've been trying to teach Janet to use the word 'Varnigh' without success..

"it varnigh nearly had that fellas eye oot"

No no no Varnigh - is Very nearly ie Var (very) nigh (near)...Come on Iain Ellington is nearly Ashington... :)

Next word to try - Adootsie.

As in 'Are you going out tonight young chap?'

'Ner, adootnot, am stoppin it yem'