I've not really been down to Druridge much over the weekend, we had a quick visit on Friday night, again there wasn't much new about, but the sunset was nice. 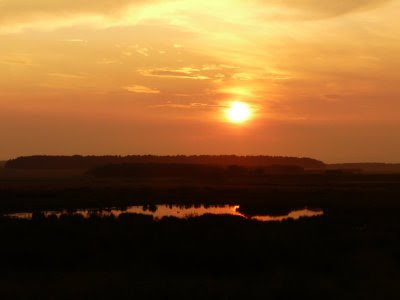 Saturday was spent ringing, firstly with Ian at East Chevington, which was quite disappointing as we expected a good catch, but actually caught very few. This juvvy reed warbler was nice though (Pic by Ian)

We packed in at 0920 and I went north to meet the Hanmers to ring some barn owls in the Alnmouth to Rennington areas. We ringed young out of three boxes, with the other not quite big enough.
On the Howick Estate as we were leaving one of the boxes, Hugh got his eye on a long-winged raptor ahead, we bundled out of the car to see a red kite. We watched as it picked up height, at the same time I was on the phone to the Boulmer Birder as it was nearly over his house, sadly mobile reception in this area is not good and BB did not get onto the bird.
The bird was untagged, but was probably from the release scheme, a few birds are starting to drift north now, how long until I get one at Druridge?
A brief visit to Druridge this evening, dodging showers. The Silage field next to the Budge field has been cut and as I predicted has attracted birds, tonight there were about 50 rooks and jackdaw, 34 curlew, 28 lapwing, 5 whimbrel, 3 golden plover and an oyc. Not bad! 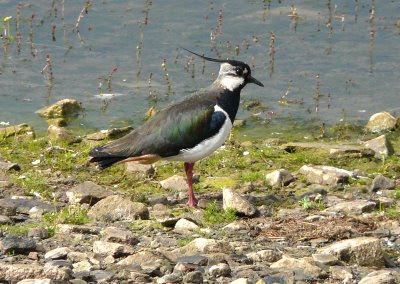 The three lapwing chicks we ringed last week are still alive an pottering around the fields and the stonechat pair in the dunes have fledged another brood of three younguns (making it six this year).
There were a few damselfys on the track to the oddie hide, a painted lady and several meadow browns, there were also these two strange beasts 'on the job' - no idea what they are - any thoughts? 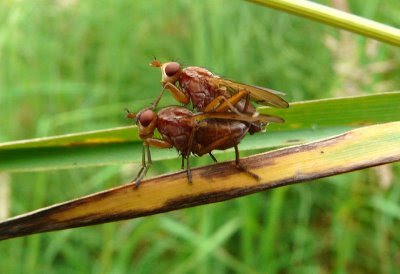 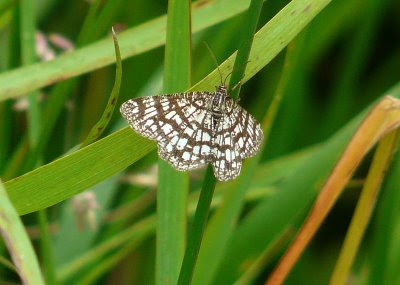 This latticed heath moth was on the track too. 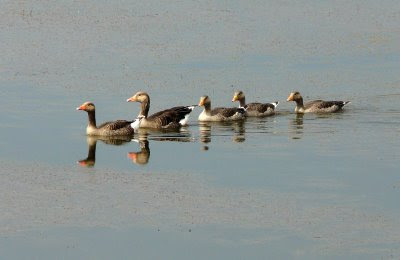 greylag family
I am off to Ireland for a few days with work, let's hope Druridge stays quiet until I get back!
Posted by Ipin at 21:54

WHilst the cat's away.... and that's the oddest looking Juvvy Reed Bunting I've seen in awhile ;)

Aye you are right Alan. He reckons his Kite hovered for ages before dropping onto a mouse too...more string than a tramps vest.

I reckon a Red kite is imminent over your patch mate.

Warren I hope you are right! No sniff of any patch ticks yet this year...