I've been out and about on the coast this week doing risk audits with RNLI and generally freezin to death/gettin soaked/blown away or mostly all three at once. Not much to report bird-wise other than a kingfisher flying along Warkworth Beach, managed to get some nice shots of Beadnell on Wednesday afternoon though. 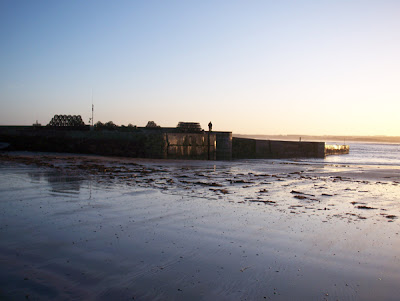 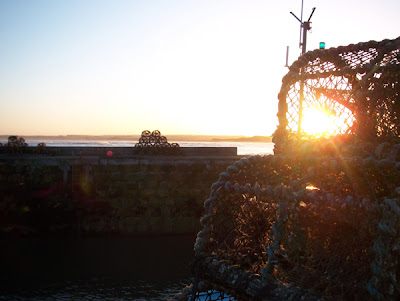 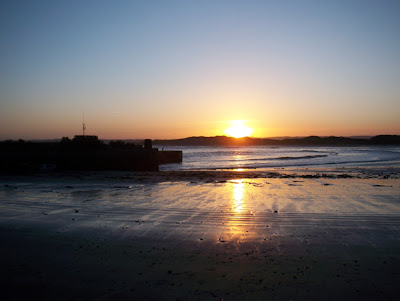 Spent yesterday at SJP worshipping the returning messiah, even Jesus didn't come back twice! Seemingly Keegan wants to bring some new faces to St James', Peter Beardsley has asked for one of them! haha

Today was spent ringing with JF at the Feeding Station at Druridge Bay Country Park, as expected we caught a lot of tits, and my fingers are sufferin for that, but we also got a good number of siskin, a few chaffinch and a robin, but star bird was this treecreeper, a ringing tick for me! It would also be patch-tick for the pools if we'd been there :-(( We caught over 60 birds so good experience for me, when we were setting up the second net, a male sparrowhawk 'bounced out' of the first net - oh well, can't win them all.... We had a few 'controls' too, some ringed on the left, so should be interesting to see where they have come from. 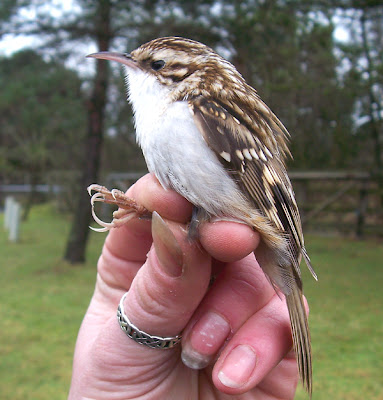 Called at Dru on the way home, but it was late and cold and just had the feeling that there would be no birds, did get two year ticks though, tufted duck (64) and goldeneye (65). This dead (common??) shrew was on the boardwalk, I have seen water shrew here in the past, this was a bit scabby but wasn't dark enough for water shrew. 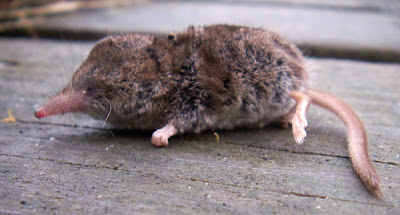 That Treec looks very white below? What does Northern Treec look like?

And the Shrew looks very common to me. Waters are nearly black and white...

Oops thats not meant to happen its me!

I've bin lookin at the books,northern seems to be white all the way into the vent, our bird has some faint tinging to the vent, but not on the belly or flanks? But this bird has a good strong super, which is characteristic of northern, but the wing-bar looks more like macrodactyla - I'll ask Janet to check the measurements in Svensson. Any other comments appreciated.

oh and the crown looks good for northern too!

Ipin, The ringer I work with down here in kent puts all his rings on the birds left leg...........you never know!

Looks like our treec is the bog-standard brittanica race of Britain and Ireland, not shown in Collins - Useful! but described in BWP. Which has an off-white super as opposed to bright white on continentals, it also had the buff tingeing to the vent/rear belly.Interesting though!

Probably all the birds ringed on the left leg will be from the CES at Hauxley!