I've been at work all weekend, co-ordinating our beachwatch effort. Today I was at Alnmouth in the morning and Bamburgh (with the WI - scary lot!)in the afternoon.

At Alnmouth I get a call off've the Boulmer Birder with news of a British first a mile from my house - White-rumped Swift! which was last seen heading for Warkworth Lane, even closer to my house. But as a true professional, I was at work, so no thoughts of hot-footing it back to Dru even entered my mind! A pec had been reported at Newton (on my way) so thought I would call by (rude not too)..... flushed by a yarkin big black cow minutes earlier - bugger!!!!!!!!!!!!!

It was there later but when I went past Newton it was pissing it down, but by the time I got to 'the Widd' it was clear and sunny and Dru was beckoning. Nowt on the sea apart from six loiterin red-throats. But I did get the QEII on the patch list as she was sailin into the Tyne - Get In! 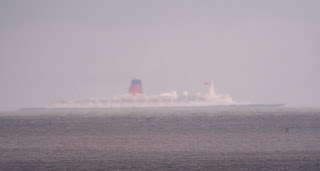 Nothing on the main pool or budge fields either but got some canny shots of snipe and ruff. 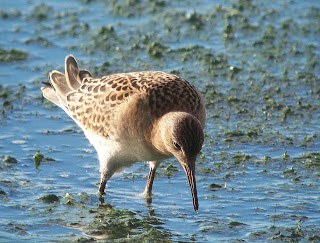 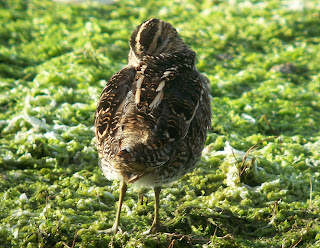 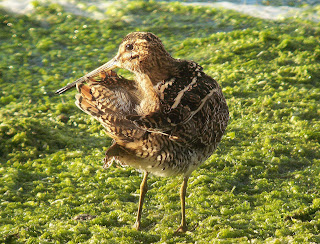