Time on the patch was limited this weekend due the Toon kicking off at 12.45 yesterday. This meant two things;

1) Limited birding time on Saturday morning to catch the 10.30 bus
2) A guaranteed hangover this morning as we were going out for dinner after the match

So I had an hour or so on the patch yesterday morning before heavy rain set in. There were newly-arrived blackcaps and blackbirds in the plantation and willows by the entrance. It was quiet, so I gathered some field mushrooms to go in my pre-match bacon butty and headed home.

The predicted hangover wasn't as bad as I expected, so I was down on the patch for 11am. The rain hadn't dropped many birds in, the plantation being virtually bird-less other than a fly-in great spotted woodpecker, I saw two more great-spots later too.

12 lesser redpols flew over and kept going. The other bushes were quiet too, with only a few goldcrests of note 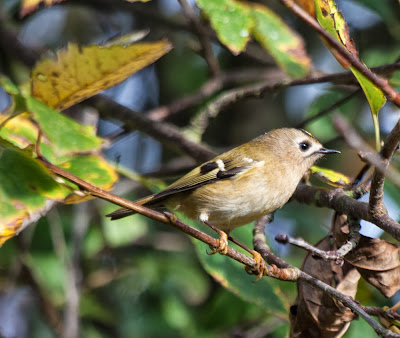 Dave Elliot's goosander had gone from the pool, but I picked up three together offshore. There were 6 red-throated divers on the sea.