I only managed to squeeze one visit to Druridge in over the weekend as painting and decorating is still top priority in my life at the moment.

We went to Druridge mid-morning today to meet up with Kevin the National Trust warden to discuss this winters coppicing programme in the woods. Kevin was with a group from the Northumberland Coast Conservation Team coppicing a block near the path to the hides. 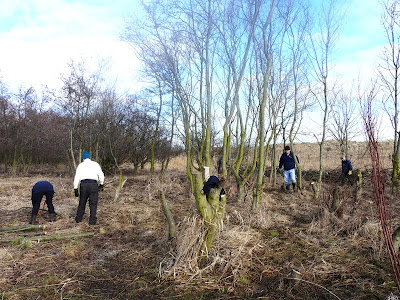 We had a look through the wood, flushing a woodcock out as we went, then checked the pools. On the big pool it was great to see all three of our regular sawbills on the lake together. The four smew were still present, joined by two drake red-breasted mergansers and drake goosander, it was nice to get goosander on the year list in February, they are normally an Autumn bird at Druridge. A buzzard flying north was also a year-tick. 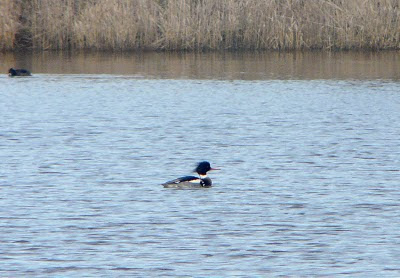 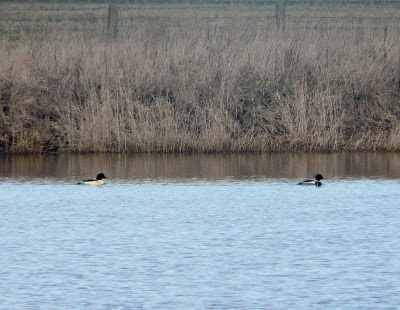 We had a quick look on the sea too and it was actually quite pleasant on the dune, despite the car saying it was only 6 degrees, there was some heat in the sun and it felt very spring like. There were at least 32 red-throated divers offshore and a handful of shags, it won't be long until the likes of kittiwake, gannet and lesser black-backed gull are making it onto the year list. 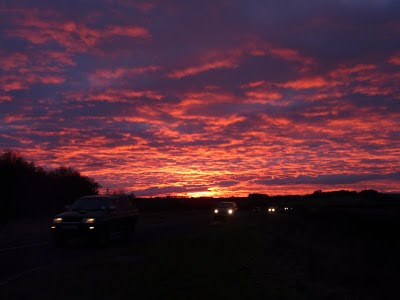 This was the sunset on Thursday evening on my way home from the office
79 goosander
80 common buzzard
Posted by Ipin at 22:02

Thats a great Druridge record, the 3 sawbills together. Pity about the last shot, looks like a que of doggers....

Looks like some good habitat being created for the wildlife on your patch. Might bring a goodie or two this spring/autumn