End of the year

Well, I'll not get down to Druridge again this year, so it's time to look back on the year. I haven't been down there since Christmas Day due to football and social events and I've got to go a mate's wedding tomorrow. 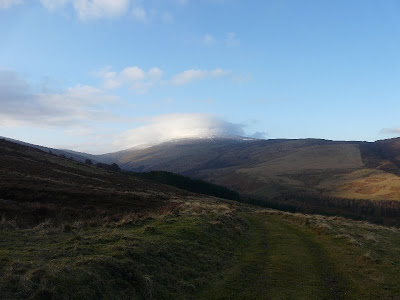 Yesterday we did my Atlas squares in the Cheviots, the first tetrad took in Threestoneburn and the second took in the flank of Hedgehope down to Langleeford. The trudge up to the crags from the Hawsen Burn had me jiggered, too much food and booze over the festive period...the diet starts in January! In both tetrads we had only 11 species, though it looks good for the summer....highlights were the number of red grouse we saw, a woodcock feeding on grit, two stonechats and a treecreeper.

Anyhoo, back to Druridge...

Well the year list ended on 161...not bad but not outstanding, 165+ is a good year. I had 4 patch ticks this year taking my patch list to 217, they were: marsh warbler, barred warbler, greenish warbler and treecreeper. Other patch highlights this year were green-winged teal, iceland gull, temmincks stint, the huge fall of wheatears, redstarts and others during the 'Morpeth' flood weekend, catching and ringing a wryneck a week later and red-backed shrike on the gypsy's pile o shite - as predicted.

Obvious omissions from the year list in 2008 were the lack of seabirds with sooty shear, pom or long-tailed skua. Among the wildfowl there were no scaup, smew, ruddies or white-fronted geese. Also missing was green sandpiper, turnstone, LRP, black redstart, yellow-browed warbler, black tern, brambling, snow bunting and kingfisher.

The biggest disappointments of the year included being stuck in China when lesser-yellowlegs turned up (and the number of text messages I received to tell me about it), the red-breasted goose turning out to be plastic, the lack of seawatching, not catching the marsh warbler and the barred warbler (and having it rejected by the CRC) and not catching any twite at our feeding site.

Also disappointing was NWT not delivering on promises in 08, although looking forward to 2009, the over-wintering cows are doing a canny job, NWT have put the site into stewardship which will mean they have to manage appropriately and a management plan has been written for the site.

So what will 2009 bring, hopefully I will get a copy of the management plan...also lots of cows in July, lots of breeding waders, good spring and autumn passage when we're ringing and plenty of patch ticks.....BRING IT ON!!!!

To my fellow bloggers and regular readers I hope you have a happy, healthy, prosperous 2009 with plenty of good birds!
Posted by Ipin at 18:49

and a happy new year to you Ipin!

I'm surprised you didn't see Black redstart. Just to rub it in I have a picture of the Lesser yellowlegs. Have a good new year.