It certainly felt like spring this weekend, had my first butterfly of the year yesterday, flying in front of the 'away end' at Villa Park, It and I were there watching the Toon gettin thwapped again , I wonder if it flew by laughing at us all? I think it was a small tortoisehell but it was on the touchline and I was in row L. It was 16 deg. C in Birmingham!
Today was a stunning day too! I headed down to Dru mid-morning to do the WeBS count, it fealt more like summer than spring. The first of the spring flowers was flowering, coltsfoot - which is always first at Dru, other than gorse which seems to flower all year. 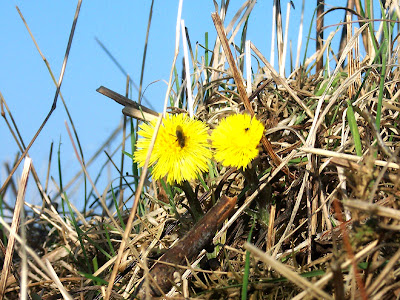 Coltsfoot on the bund 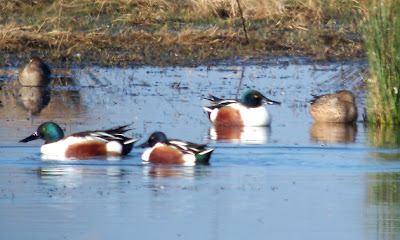 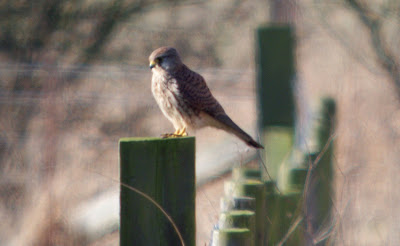 Kestrel on a post though the heat-haze (heat-haze in February!!!)

The sea was like a mill pond, which makes judging size really weird, unless there are boats n stuff around, the sea kinda merges with the sky....odd! Anyhoo there were at least 22 red-throats, 20 shag, razorbill, guillie, 4 merganisers and 13 shelduck. About 33 sanderling were on the shore amongst the more numerous fisherman, I think it was the Newbiggin open or something...? 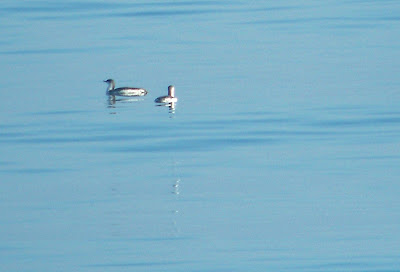 two of the RTD's (top) and a string of shelduck

I've changed my snow bunt luring plans, on friday I scattered some pinhead oats around were the cattle graze to the north of the patch. No snow bunts but 12 skylark and mippit were there today. 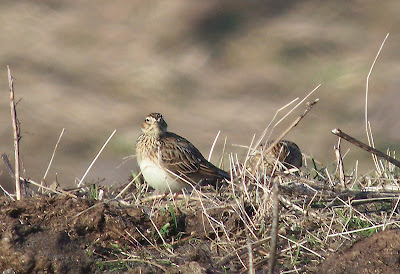 There has been some stunning sunrises and sunsets, even the hell-hole that is County Hall looks nice in this shot! 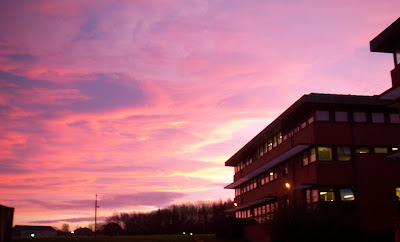 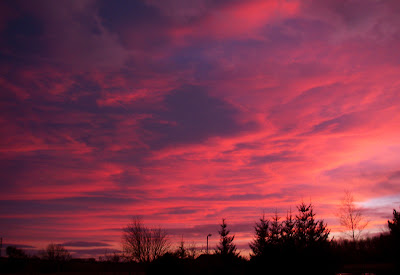 County Hall and the sunset from the car park on Thursday night, it looks nice but believe me, you wouldn't want to work there!

"County Hall and the sunset from the car park on Thursday night, it looks nice but believe me, you wouldn't want to work there!"...