Another cold but stunning day on the Northumberland Coast, but I had to work, but it was only taking our Young Rangers group to RAF Boulmer for the day. Had some crossbills in the car park, not sure how many as I didn't take my bins (on purpose - they might have thought I was a spy and had me shot!). 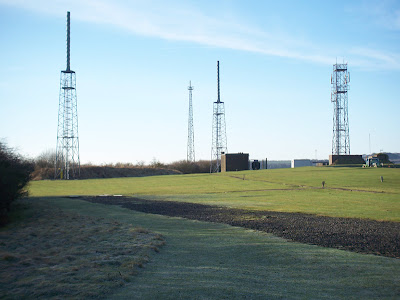 Called at Dru on the way home, my oats have now attracted 16 skylark, 20 goldfinch, a linnet and a pied wag......still no snow bunts though. Brian Bulloughs gave me a near heart-attack saying he had heard there was drake smew reported from the pools (later found out it was at DBCP), that would have been MEGA, it's donkeys since I saw a drake smew in Northumberland.

Not much else to report, still plenty of RTDs offshore...I did have the druridge version of oxpecker though, this magpie was eating from the ears of this cow for at least 5 minutes, the cow didn't seem to mind...odd! 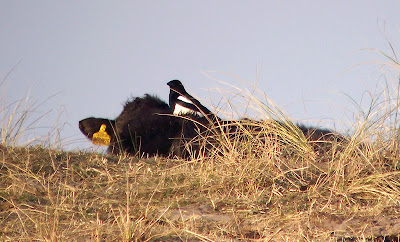