Could it be spring?

Could it be Spring?

It felt like it this afternoon but down on the patch first thing it was a cold and frosty start. -1 degrees C but hardly a breeze and a lovely white frost.

Despite the cold, spring was in the air for the stonechats as they chased each other around the turning circle and for the skylarks who sang out above my head. Towards Chibburn lapwings were tumbling - it is spring y'know!

Out in the fields about 780 pink-footed geese grazed - it's still winter...

I continued down to the Budge screen where it was nice to catch up with ADMc who was counting the grey herons, he'd got to 29 which is an impressive count for the patch and might indicate a good breeding season ahead - they'll be on eggs soon.

The other 'Budge' highlights included the three almost resident ruff, one of which is very lucky to be still with us. Andy called out a peregrine speeding low, north, it flushed the waders and ducks before gaining some height to stoop on one of the ruff, the ruff darted left and avoided being breakfast.

There weren't many wader s on the Budge in contrast to Saturday when there 153 redshank, 16 dunlin and 53 curlew.

In the fields beyond the Budge were more geese, pink-foots mostly but a scan through them produced three Eurasian white-fronts. Disturbed by something, all of the geese got up and estimated 1000 or so, added to my 780 earlier by the haul road,  I jotted down 'c1700'.

With chores to do I, I left Andy chatting to Marty Anderson and headed home. One of my more enjoyable chores was to clean out and check our 30 or so tree sparrow boxes at Ellington Pond Nature Reserve. Two water rails weren't put out by my presence and chased each other around the pond-margins squealing like pigs! 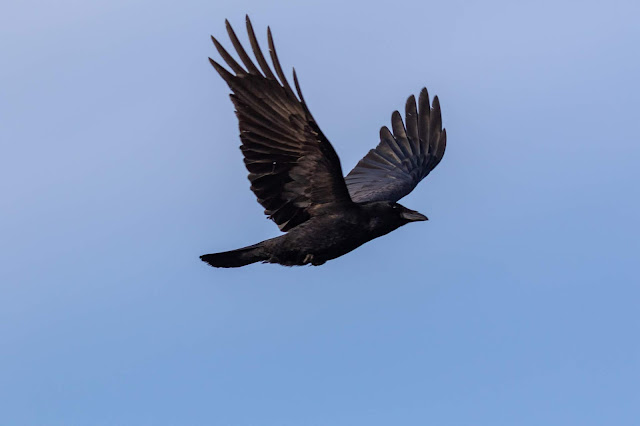