Off work but off patch

I've spent my free time on a project to track turnstones, we have been colour-ringing and radio-tagging them. Working on the birds meant I had no time for photos, but Dave Elliott has some good shots on his blog.

Here are some photos I managed today from the catching site. 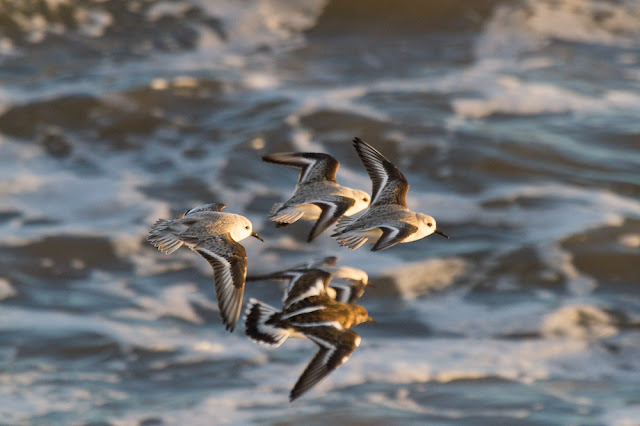 So, my bean goose meant I finished the year on the 174 species for the patch two ahead of any previous year. Omissions from the year list include bullfinch (again), pomarine skua, little auk, grey plover, hobby (seen for last six years) and spoonbill (seen every year bar-one since 2006). I added two new species to the patch list - broad-billed sandpiper in May and Leach's petrel in July. The patch list now stands at 240.

I've been doing the Patchwork Challenge thing again this year - a bit of harmless fun. I am doing okay but can't compete with the Spurn/Easington boys. Here is the latest report from the Coastal North . I've already signed up for the 2017 competition.

It will probably be January 7th before I am back on the patch, so I will take this opportunity to wish you a happy, healthy and bird-filled new year.
Posted by Ipin at 22:54