The wind came right out of the north on Friday and through to today, bringing a blast of  proper winter weather after a spell of unseasonably mild weather of late.

The northerly had come from way up north - classic weather to bring some northern specialities down, so obviously a seawatch was in order.

I timed my seawatch with the rising tide, giving me more chance to get some good waders pushed off the rocks by the advancing tide. It was bitterly cold, but as the wind had swung around out of the NNW I managed to find a little shelter in the dunes.

No sooner had I set up my scope when I had the first of many little auks headed north. There was a steady passage of these fantastic little birds throughout the morning. Mostly in small groups, all headed north. Many were very close in, flying between the breaking waves on the shore. At one point I had a 'mixed flock' of two purple sandpipers, two dunlin and two little auk flying up the shore.

It was great to get purple sandpiper on the list for the year, the light was nice so they really stood out from the dunlin.

Other highlights were two great northern divers (sadly no black-throated passed me), an adult little gull flying south, two groups of three long-tailed duck, two velvet scoter and a drake scaup. A flock of 25 twite flew north along the dunes.

Today I had to work, but popped down to Druridge for the last of the light at 3pm. I intended on doing a seawatch but the light was nice and there was some close-by gulls so I did some gull photography instead.

Between gulls I did note long strings of kittiwakes  headed north and some sizeable stings of guillemot. There were a few little auks, but nothing like yesterday and a couple of RTD. 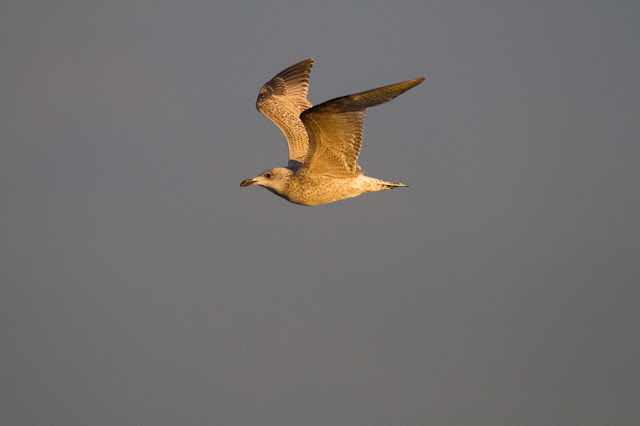 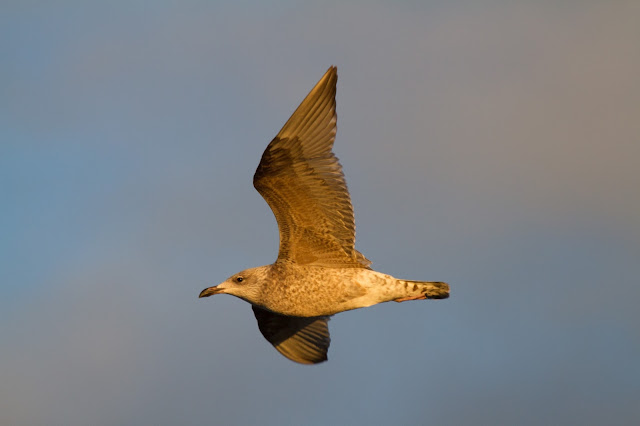 My seawatch brought me a little haul of year-ticks - brent goose, scaup and purple sandpiper (my first on the patch for six years!) taking my total to 159 which is well down on the last few years. Still a chance of one or two more species before New Year...