I do like my notebooks and there is always something nice about finishing and old book and starting a new one.

The first two birds written into the old book were pied thrush and Kashmir flycatcher, in Sri Lanka - that will take some beating. The first bird in the new book was a blue tit, in the bushes by the entrance at Druridge. I wonder how long it will be before the notebook is replaced by an app that sends the records straight to the cloud? The technology is here now.

Yesterday there were a lot of warblers, mostly juveniles, in the bushes. Between the entrance bushes and the Budge screen I counted 9 whitethroats, 10 willow warblers, 4 chiffchaffs and a sedge warbler. A goldcrest called by the Budge screen.
There were also a lot of hirrundines moving south. At first they mainly appeared to be swallows, but soon house martin took over as the most numerous.

On the pools, 13 ruff dropped in with two smaller waders (later tracked down by Dave as an LRP and a dunlin).  And that was it, I had limited time as I was off to the match

Due to a massive hangover, it was after 4pm when I got down to the patch today. Yesterday's ruff were still on the Budge fields with at least nine snipe and a redshank. A dunlin was out in front of the Oddie hide.

In the Oddie hide, there was a swallow mystery. The two chicks were still some way of fledging when I checked them on Wednesday, with perhaps another six to eight days to go. Today, there was no sign of them, nest empty and deserted. It is feasible, as they were on a ledge, that a rodent or mustelid got them.

There were still some butterflies on the wing including red admiral, wall and this speckled wood.


So the dunes. This arctic skua was harassing terns just offshore, most of my photos of it were out of focus, these two weren't bad. 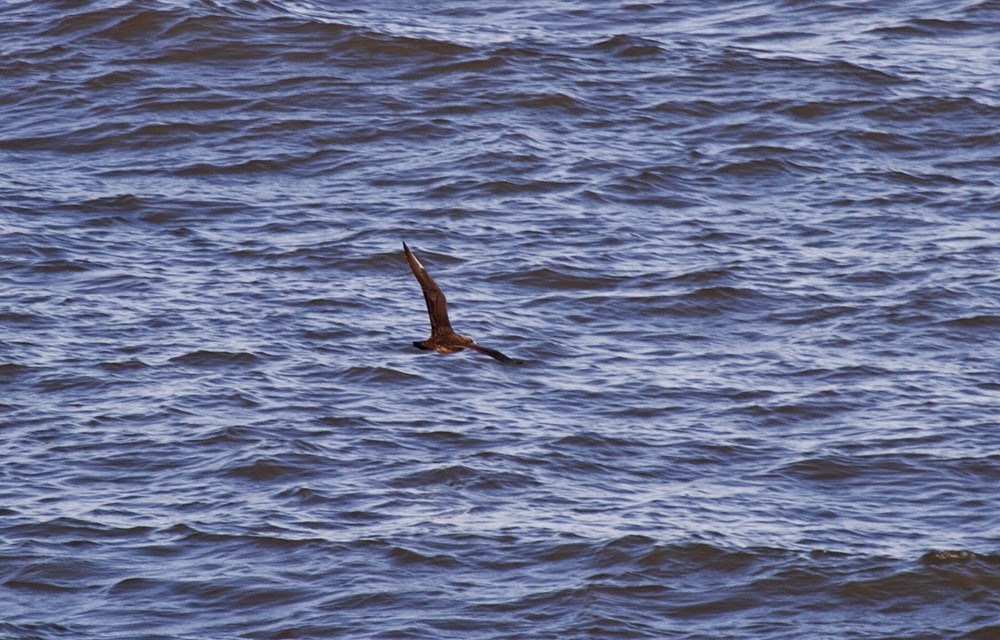 There were 21 sanderling, one dunlin and one ringed plover on the beach.

So, today is officially the end of summer, it's felt autumnal since the first week of August I reckon. There might be some easterlies this week, with a potential low pressure moving in towards Friday....
Posted by Ipin at 22:20