I didn't get my WeBS count done yesterday, so as I had today off to go an watch the toon thrash Preston NE tonight, I did the count this morning.

NWT have recently been installing some new sluice gates to help control water levels on the wet meadows and they appear to be working well. Both sides of the Budge fields are holding a good level of water for wildfowl. The numbers on the count therefore were quite good, teal numbered 522, wigeon 136 and shoveler 13. 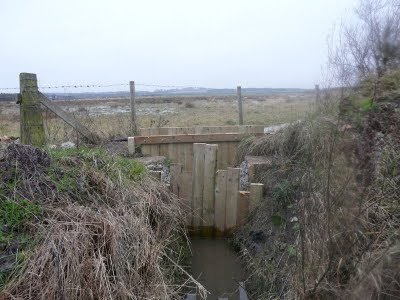 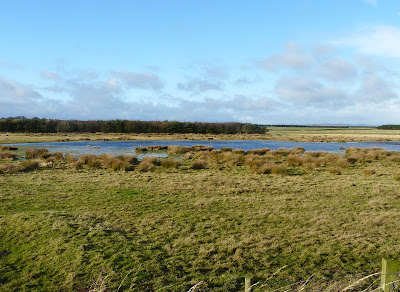 On the big pool there were 22 whooper swan in the adjacent field, 3 little grebe and 2 coot (Now a massive scarcity at Druridge!) amongst others. A nice male sparrowhawk was sat in the bushes and female came through later pursued by an angry crow! A water rail flew out of the ditch on the track to the hides, hopefully the numbers are high this year and we might get to trap some. 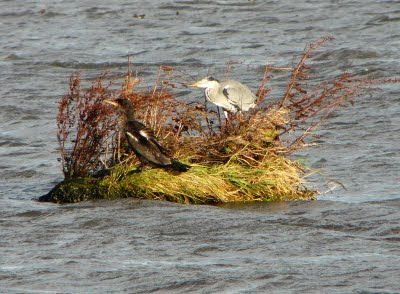 grey heron and cormorant on the very unstable island

A mistle thrush flew in from the sea and plonked itself on a fencepost to rest.

Also the dog warden was on site, hopefully the dog-walking wazacks who let their hairy muts shit all over the dunes might get the message..... 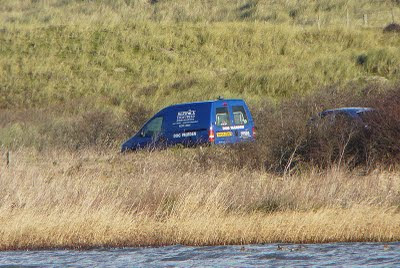 Proper bird habitat Ipin. Nice to here someone else get a bit excited over a Coot!

Coots!!! becoming very scarce over here in SW of county.

ATB and enjoying the blog

I have the indescribable pleasure of writing the species account for BiN, so spent some time over the summer comparing Coot records in Northumberland for 2006, 2007, 2008

It could be cyclical, but it'll take several more years of data before we know. I've already suggested that, as one of the 'target species' for BiN, it should be repeated in 2010.

Last Sunday morning while calling past Killingworth Lake as there were what looked like a fair number of coots on the water i decided to count them. 136.
Also reasonable numbers at Rising Sun on all 3 ponds. Swallow, Dukes and especially Hadrian.
John