So there I was wandering aimlessly around Morrison's this evening when my mobile goes, it's the Boulmer Birder "Have you heard about the firecrest at Druridge....." so the shopping was over and I hot-footed it up to Dru, got there just after 6pm and stayed until 6.40 but no sign. It had been seen well at 6pm seemingly, by the Budge screen, I had a couple of goldcrests and a reed bunt but nowt else, I shall be back down there tomorrow morning before work.
I've only seen one firecrest at Dru, it was trapped by Gary and Janet and must've been three years ago.
Here some pics from Spain, didn't get many bird pics, but there's some nice habitat shots n stuff: 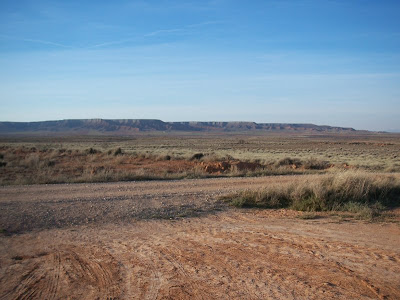 The trip started in Valencia for the Fallas festival, which is totally crazy and very loud, absolutely no sleep to be had, but the bars are open til 7am so who cares! http://www.valenciavalencia.com/culture-guide/fallas/fallas.htm

First proper birding spot was the plains near Zaragoza (above) for dupont's lark, we tried in the evening but only heard them, so we went before dawn the following day and heard lots of birds singing and saw one, for about 5 seconds...best views I 've had of Dupont's and new bird for JF. The site is the El Planeron site near Belchite, the place is lifting with larks, we had good views of thekla, calandra, lesser short-toed, short toed and crested. We also had black-bellied sandgrouse and monties harrier. 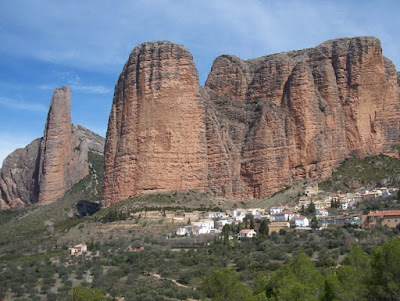 Next stop was Riglos (above) for wallcreeper, which we got eventually (lifer for JF), also alpine accentor and rock thrush there, a stunning place too. 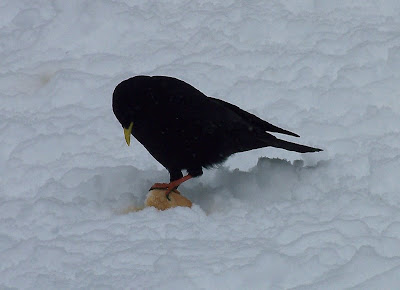 We then had a couple of days in the Pyrenees, based in Jaca. The only birds I needed on the trip were snowfinch and citril finch - we saw neither, but we did see the other high mountain species like alpine chough and lammergier. There was lots of snow which hindered our birding, a foot of snow fell in Jaca on our last night there. 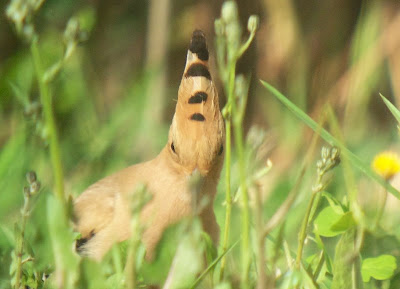 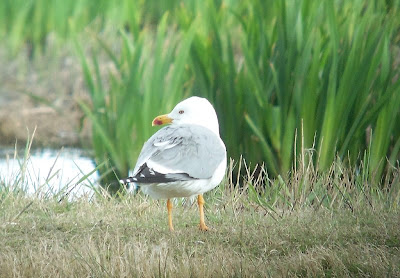 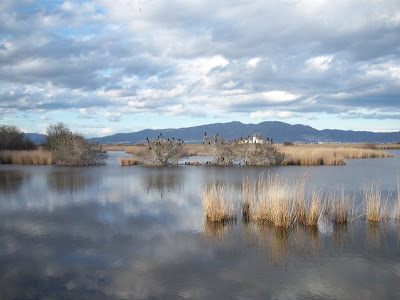 After the Pyrenees JF headed home and I went to the coast, basing myself in Figueras, I birded the Cap de Creus and Aiguamolls de l'Emporda which is a fantastic wetland site on the coast. If Druridge Pools were managed properly, you could imagine them being a bit like the wet meadows here, lifting with dabbling duck and waders. They use Camargue horses to graze the meadows, maybe NWT need to get hold of some of those for Dru - I'll suggest it to them. As well as waders and wildfowl there was at least 18 water pipits and 10 marsh harriers topped off with great birds like cetti's, sardinian warbler, hoopoe and audoin's gulls. I also went to see Salvador Dali's museum in Figueras and his house on the coast at Cap De Creus - both very worthwhile...see told you I was cultured!!