Today was sunny and bright but blustery with a gusting s'westerly, strong enough to encourage most birds to seek cover. Janet and I had walk around the patch but didn't see a lot of birds until we got to the Budge fields. A pair of stonechat were with a single juvenile north of the of the bushes.

Even with the hides as shelter, viewing conditions were difficult as the SW wind was blowing straight in through the windows of the little hide. There were lots of waders including at least 56 black-tailed godwits and three ruff.

We tried viewing from the Budge screen but that was worse. I didn't have my scope with me but it was probably just as well. The three avocet chicks from the first brood are getting big now and should fledge, I couldn't see the two from the latest brood or the redshank chicks.

Despite the wind, it was warm in the sun which brought quite a few insects out. I didn't have the macro lens with me so just some iPhone shots to identify the species - a job for later in the week.

Yesterday started-off awful with thick fog followed by a mixture of mizzle and drizzle. By late afternoon, visibility had really improved so I headed down to the patch. I thought I might have a look offshore, just on the off chance of a passing albatross. After a few minutes scanning the sea, I realised that the strengthening SW wind had brought the terns closer inshore to feed, so despite the awful light, I had a go at photographing them. The sandwich terns were the only species that fed within range, the common and roseate terns were a bit further out and the Arctic terns stayed well out of reach as did the pair of adult great-crested grebes.

Here's a few of the shots 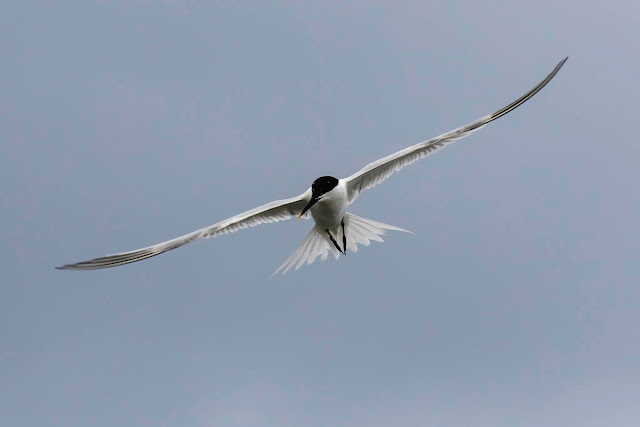 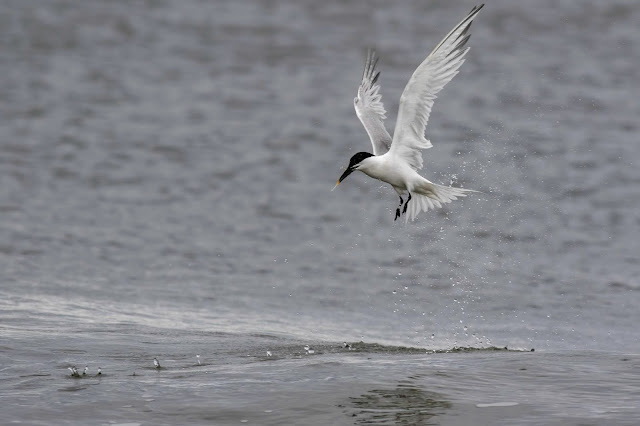 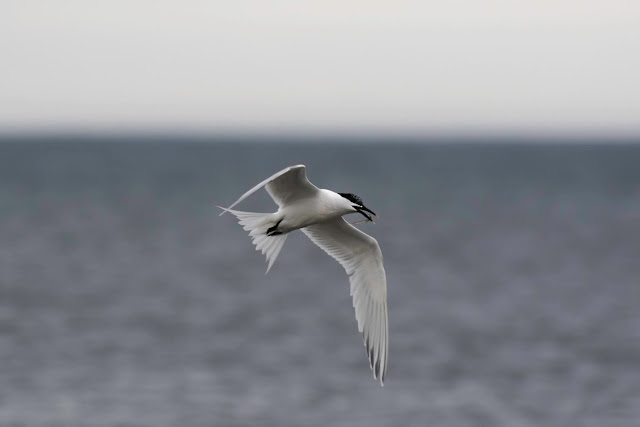 On my way back to my car through the dunes, the cuckoo that has been around the dunes the last few days flew by me and I grabbed a record shot.

This young carrion crow entertained itself picking among the detritus of a bonfire - they are so inquisitive, even at a young age.

Despite the pubs being reopened, I had no fancy for going to one. The Drift Cafe were open 'til 7pm with an American Burger menu so we went there instead - my first beer away from the homestead since lockdown. 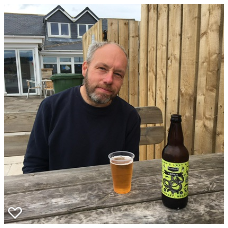