I've taken a couple of days off work to coincide with a trip to Sheffield Utd last night to watch the Toon win.

I've also managed a couple of short visits to the patch. Yesterday was a bit gloomy with a strong SW wind. I stopped to look at the geese in the fields to the south of Druridge Farm, there were a good number pink-feet in the second field from the road and after a few scans through them, I finally picked out two Eurasian white-fronted geese.

By the gate opposite, at least 50 twite were feeding and there were 10 grey partridge.

The little owl was in the 'round window' (and again today) and there were lots of wildfowl on the Budge fields which are still brim-full of water.

Today was brighter with some sunny spells and quite mild for the time of year.

I headed north from the turning circle and the first bird I go onto was a juvenile merlin in pursuit of a finch. It was so fast, twisting and turning, the camera just couldn't lock onto it - I did manage a couple of shots though - great bird. 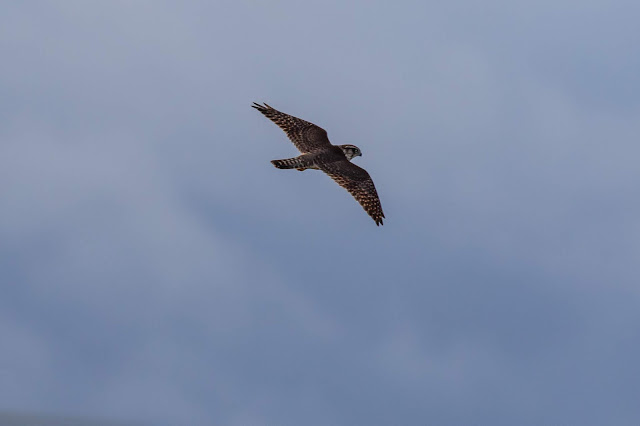 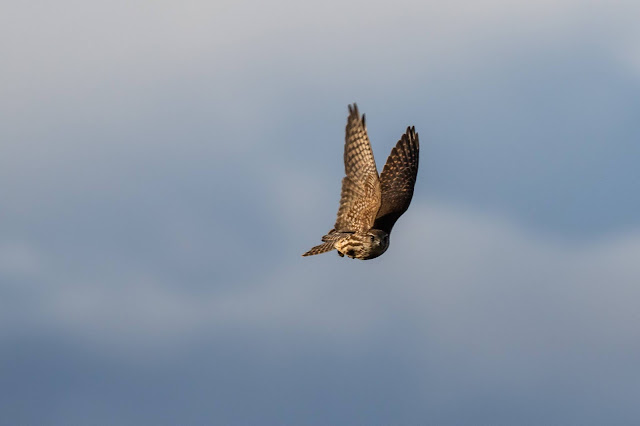 Heading north along the haul road, there were ten whooper swans and over 1000 pink-feet just off the patch behind Chibburn Links. There didn't appear to many finches in the dunes compared to recent days.
There was very little on the sea, a few sanderlings and couple of pied wagtails on the beach.
The pheasant shooters were out in force towards the Preceptory which was spooking the wildfowl and waders on the Budge so I gave it a dodge and headed home.