There's been no updates from the patch lately because I've been to Hungary.

We went for a short winter birding trip and a quick mooch around Budapest where we met up with our friend Gerard Gorman for a beer or two and got some guidance for our days of birding. Rather than target species, which I did have two - red-breasted goose and lesser white-fronted goose, it was the 'birding spectacles we were interested in.

The first of these spectacles was the great bustards in Kiskunsag National Park, where we saw a group of over 60 in one field.

Then it was on to geese. Both Kiskunsag and Hortobagy National Parks attract huge numbers of Eurasian white-fronted and Eursian greylag geese as well as a LOT of other wildfowl. We weren't blessed with good weather, most of a whole day in Kiskunsag was written off due to rain and when it was raining it was grey and damp. I took hardly any photos and what I did take are silhouettes against a grey sky.

The next great spectacle was watching thousands of common cranes coming in to roost at Hortobagy. great long lines of them flying in at dusk - an amazing sight.

Finally, the surreal experience of an urban long-eared owl roost in trees in a residential cul-de-sac int he middle of a large town. We counted at at least 30 individuals in a handful of trees.

I managed to see six red-breasted geese after a long walk in to the main fish ponds at Hortobagy but the lesser white-front was literally liking for a needle in a haystack and with poor light it was even trickier.

Raptors were good with plenty of hen harriers and white-tailed eagle, an adult imperial eagle and a couple of saker falcons were great to see.

Anyhoo - back to the patch.

Yesterday (Saturday) I had a quick wander out before the football. Gary Wren had reported a snow bunting on the haul road so I headed for that and met Gary who was watching the very-confiding bird on the northern boundary of the patch. 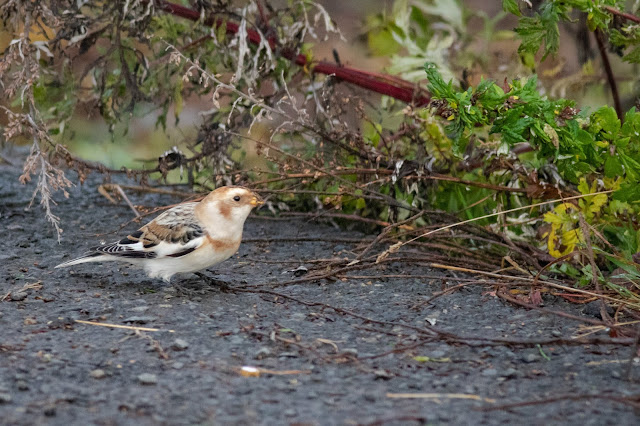 It wasn't long however, before it was chased north by a dog (literally) and I headed south through the dunes picking up some twite with a roving flock of goldfinch and linnet. A long-tailed tit flock roamed through the dunes and a second flock was by the path to the hides. Not much else to report. Full list here

When I was nearly in to Newcastle on the bus to the match, a report came through of nine waxwings moving south towards tot he Budge screen. I've still not seen waxwing on the patch so was more than a bit gutted but at least the toon managed a win.

Janet and I went for a walk this morning in the vain hope that the waxers might have hung about but as I suspected they'd just been fly-throughs.

There was a group of barnacle geese, maybe 14, with about 300 pinks on the front field, the bushes were quiet however - a few long-tailed tits. We met up with David Elliott and got on to a finch flock which included a bullfinch and a lesser redpoll.


We walked back by via the beach looking for snow buntings, we didn't see any but the sanderlings kept us entertained. 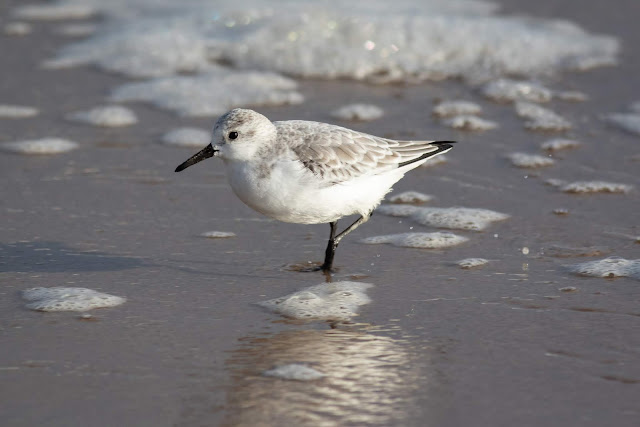 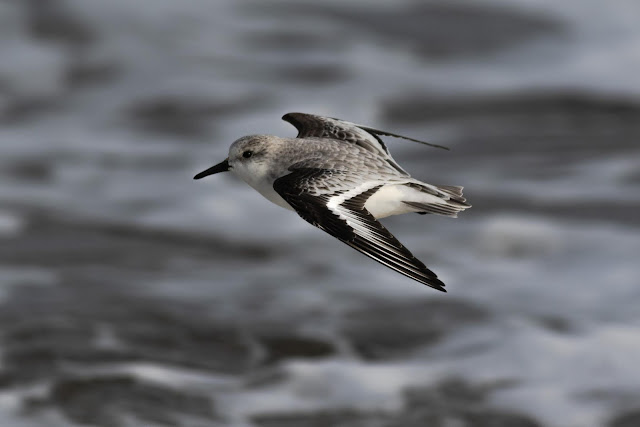 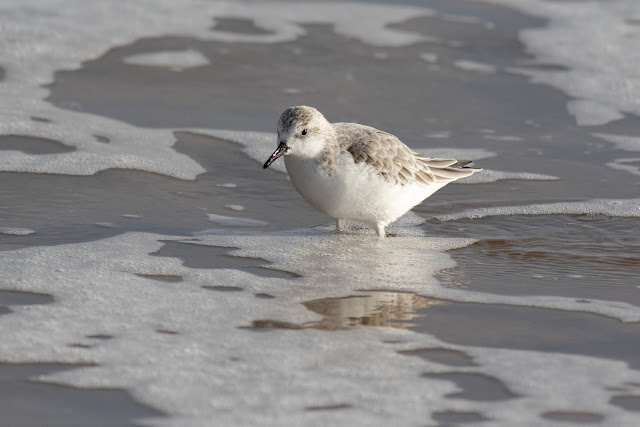