I skidded my way to Druridge to do my WeBS count today, a couple of days late, but Sunday was pretty much a write-off (it was my birthday on Saturday) and the weather was too grim yesterday.

I didn't get down to the patch until 11ish, I was hoping the sun might have melted the ice on the roads, but they were still like a skating rink, so I mostly drove to Druridge sideways.

The Budge fields were frozen solid, the only birds were two crows and eight snipe (which also might have been frozen as they didn't move).

On my way to the Oddie hide, I was treated to a fantastic ermine stoat scampering along the track, it was there again when I walked back later, this time with a vole in its mouth.

There wasn't much to count on the big pool, 109 wigeon were grazing in the adjacent filed with 174 lapwings. The teal were trickier to count, as they were hunkered into the vegetation round the edge of the pool.

The highlight was pair of displaying goldeneyes, the cold obviously not effecting them! 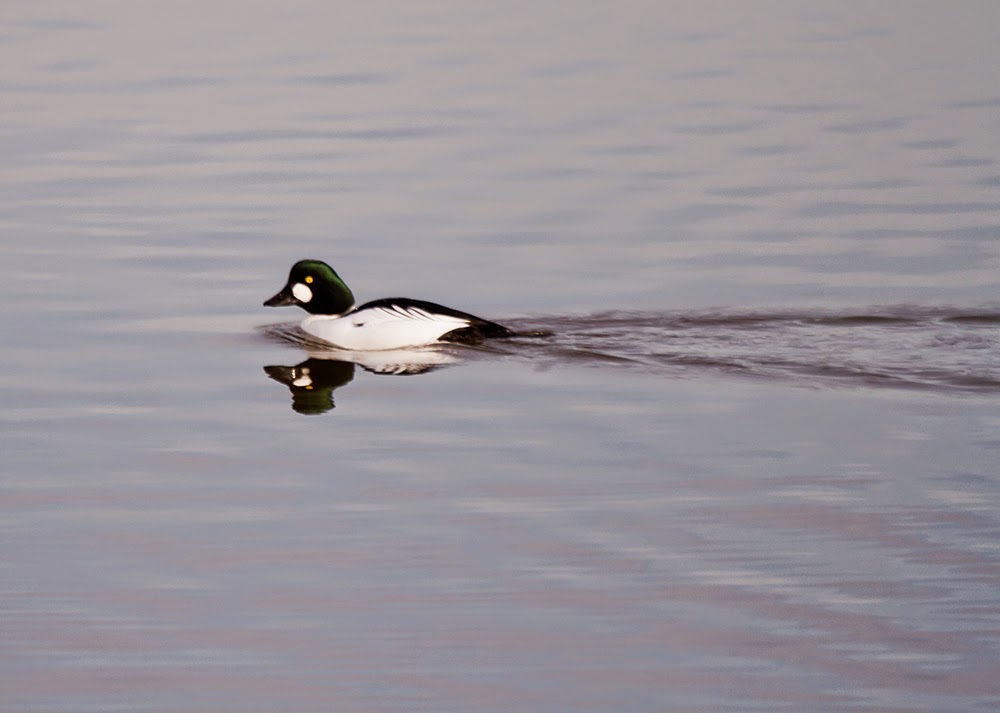 As I left the hide, I glanced up, above the door, and spotted this field vole on the beam. It was alive, but didn't look like it had long for the world.

Before heading home, I had half an hour look on the sea. There was a lunatic surfing! OK, I know the sea temperature doesn't vary hugely, but he was out of the water on his board most of the time...mental!

On the sea I counted six red-throated divers, 4 red-breasted mergansers and there were three sanderling on the beach.

There were about 400 pink-footed geese in the field in front of the cottages, I scanned them all and could only see pinkies.