Strong westerly winds dominated the weekend's weather, not conducive to good autumn birding. A slow start on Saturday morning following a night at the Cluny, we met up, over a cup of tea and a bacon buttie, with Steve Taylor and Dave Elliott at the Drift Cafe, to swap gen on Poland and Spain.

Onwards to Druridge, Janet and I had a good wander around the patch seeing not very much. From the Oddie hide, lapwings, golden plovers and curlews were put up by a passing helicopter from RAF Boulmer. The lapwings gave some nice views from the hide, the goldies were much higher (later settling in winter wheat at Hemscotthill). A late swallow flew south and a buzzard was floating around to the north - it was well-grilled, given the recent records of rough-leg nearby. 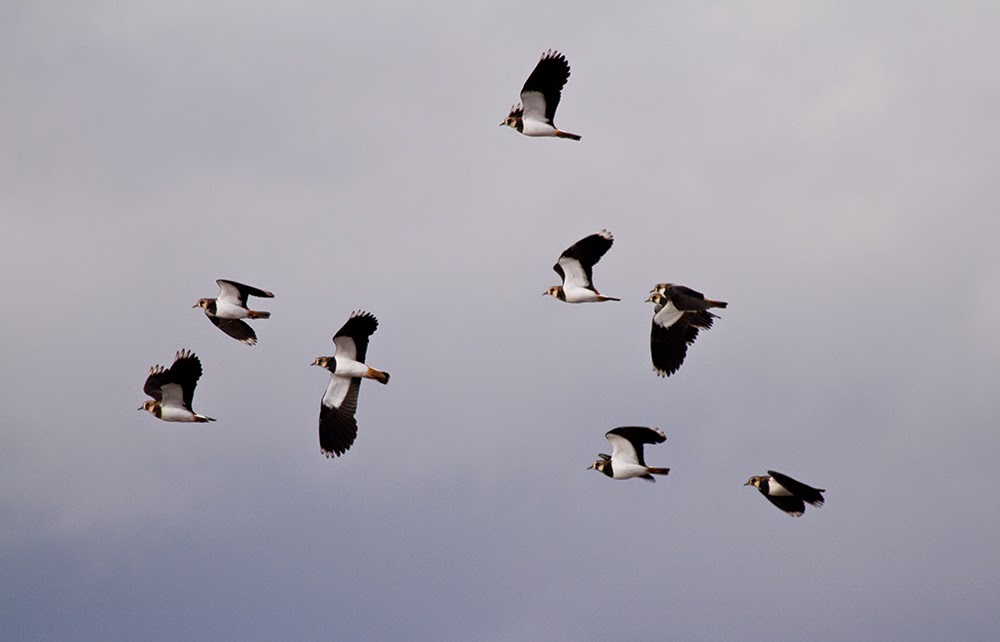 We decided to walk to the Preceptory, to check it for roosting owls. It was empty, not even a skemmie or jackdaw. We walked back via High Chibburn, I had my heart set on year-ticking bullfinch - the long shelterbelt by the farm is often good for them, but not today...

On the way back to the car, a great-spot called from the bushes. A quick look on the sea yielded nothing - the strong westerly had whipped it up and nothing was passing.

With even stronger westerlies today, I didn't even venture out.
Posted by Ipin at 21:40